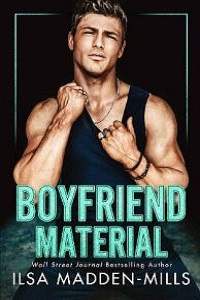 Meet me at my locker. Can’t wait to c u.

OK, I reply back to the text with a grin.

Five minutes later the bell rings, and I hand in my essay and dash out of class. A sea of maroon and green uniforms greet me in the hallway, girls in crisp pleated skirts and knee socks, guys in khakis and blazers. Welcome to Bellemeade Prep, a private school for the rich.

I avoid a cluster of students, stumbling and nearly losing my backpack as I hurry. Giddiness races over me, and for a second, I feel goofy for the excitement, then shove it away.

He’s a piece of nirvana in a world I don’t belong in.

It’s okay to feel as if I’m floating.

I’m in love with him.

And today is the day.

We’re going to do it.

The crowd parts and I see him leaning against his locker.

His lashes are long and dark and dramatically thick.

He’s not a pale redhead. His skin is golden. Like a lion.

He could have any girl here.

I’m not the pretty cheerleader.

Or the social butterfly.

“Hey, gorgeous. Finally.” He smiles as he curls his arms around my waist and gazes soulfully into my eyes.

“School’s over. Wanna go take a ride in the Aston Martin? We can put the top down and go wherever you want.” His eyes lower. “Do anything you want.”

I don’t even have to think about it. “Okay.”

His fingers playfully untie the black ribbon around the neck of my shirt. He tugs it off, then unbuttons the top two buttons. His hand snakes in and presses against my sternum as we move closer and breathe each other in. We need to touch each other. It’s been this way since he sat next to me in poetry class after Christmas.

He dips his head to my neck, then bites my ear. “I want to fuck you in that car.”

I gasp as tingles erupt over my skin.

I’m new to this school, but I’ve heard the rumors about him. That he’s the king of breakups. That he has sex with girls, then moves on.

You know you’ve hit rock-bottom when you’re allowing yourself to be groped in an alley by a guy in a vomit-covered shirt.

Even worse, a Kappa shirt.

I play nice. Vomit boy has been my best customer of the night, laying an endless supply of dollars at my feet.

It’s not enough. Not nearly enough. But it will be.

If it isn’t, I might be dead by sunrise.

More likely hurt or disfigured, but none of those options are on my to-do list.

I need more money tonight . . . or this morning . . . or whatever is chronologically correct.

Sweat dots my face. It’s the end of August in Sparrow Lake, Minnesota, so the temperature is dropping, but humidity lingers. Kappa-guy swims in sweat.

He pulls me to him and runs his tongue down my neck. It leaves a wet trail on my throat like a wriggling worm.

Shuddering in revulsion, I push him away. “Private dance only, remember? Nothing below the belt and no kissing—or licking.”

Inside the club all they can do is look. Even during the lap dances in the VIP room they have to keep their hands on the couch. Those rules are told to them by a huge-ass bouncer and written in neon letters on a sign in the room. Not that I get many requests for private dances—until tonight.

Only it wasn’t for a dance inside the VIP room. He wanted me to meet him in the alley.

When I started working at Platinum Nights, I drew a line in the sand. Some of the girls bring the guys out to the alley for “more” while the manager looks the other way.

I swore I’d never do it.

Guys like this, if you give them an inch, they take a mile. Every one of them thinks the world should bow before them.

They can be dangerous.

I swallow down my disgust.

Don’t think about it, I tell myself.

Think about butterflies. The smell of daffodils. A sunrise over the lake.

When that doesn’t work, I close my eyes and concentrate on the several hundred-dollar-bills he flashed at me as my shift was ending. Sure, I recognized him. We had a sociology class together this summer and he seemed manageable, even nice. He flirted with me but never took it too far—for good reason. Last semester I dated Parker Cavendish, the current Kappa president. You can guess what happened next. The frat black-balled me after we broke up.