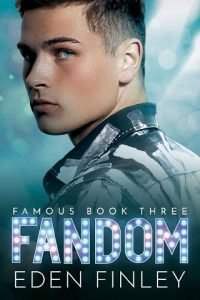 There are eyes on me. I can sense it.

I mean, it’s understandable. This is my house, my party, and I have one of the most recognizable faces in LA, if not the world. Conceited as it sounds, I always have eyes on me, so it’s nothing new.

But this is different.

I’m standing on the balcony of my Malibu mansion, overlooking my brightly lit pool, sipping scotch, chatting with people I’m supposed to know but honestly don’t, and I hate myself.

Not in the oh, I’m so depressed, I hate my life kind of way.

But here’s my deal. I know I’m privileged. I know I’m fortunate. Yet, everything is being held together with sticky tape. Not even the good duct tape serial killers use. No, mine is covered in fingerprints and fur, rapidly losing its adhesive.

Dating celebrities for publicity feels pointless, but it buys me time. Actresses are batshit crazy. Who knew?

These stupid “networking” parties I throw are empty gestures for a tabloid story so I can stay relevant in this industry. My albums sell, but I’m no Harley Valentine with his Grammys and number ones.

I’ve signed on to be a judge for a reality talent show, but after months of off-camera auditions and legal crap production has been dealing with, it might not even get off the ground. Filming has been postponed twice now.

Hence throwing myself another party for attention. Because I know what’s coming. If this show goes under, it’s going to take me with it. I only agreed to do it because it was my manager’s latest effort to keep my career alive.

Next thing will probably be selling vitamins on infomercials.

My career is on life support, and my fate lies in the hands of network execs. I’m learning they’re very similar to executives at a record label. Any title with the word executive in it can’t be trusted.

I need another drink, but my feet are glued to the ground. I can’t find an opening to slip it into the conversation that I’m leaving. I don’t even know what these people are talking about.

“So then the woman said, ‘Where I come from, I’m treated like a princess.’ And the guy replied, ‘Well, in West Hollywood, I’m a queen, so I outrank you.’”

“Excuse me, guys.” I finally break away from them and head inside.

That’s when I notice someone standing in the corner of my formal living room. The guy looks out of place in amongst all my expensive, asymmetrical furniture. According to my interior designer, it’s modern. All I’ve ever thought is it’s uncomfortable. It’s why I only ever use this room for parties. I have an actual, usable living room that has my big-ass comfy couch. I’m tempted to go there now and shut out the rest of the party.

But there’s something about Mr. Hazel Eyes, who’s in tight jeans, a white T-shirt, and an undone vest. He’s got a blond man bun, and I have no idea who he is. Then again, I don’t know a hell of a lot of these people, but I at least know I should recognize the others. This guy doesn’t look like the usual crowd who show up to these things. My defenses go up because if he’s a reporter or is about to pull out a camera from behind his back, I’ll be pissed.

I want the media to know about the parties, but they’re not invited to the intimate details.

I down the rest of my drink and then head in his direction. “Hey, man.” I hold my hand out for him to shake.

There are only a handful of people in this world who would use that name. My eyes narrow. “Who in Eleven do you know?”

The presence of someone appears at my back. No, not someone: multiple someones.

I turn and come face-to-face with Harley Valentine himself and Ryder Kennedy. Behind them is Harley’s wall of a bodyguard.

“What’s happening? Did someone die?” I ask.

I hope no one’s dead if they look so happy about it.

“We have a proposition for you,” Harley says. “But we might want to take this somewhere else.” He glances around the busy space where more than one person’s attention is on us.

Three of the five ex-boy band members together? It’s practically a reunion.

I usher them into my casual living room and gesture for them to take a seat on the oversized couches. Harley’s bodyguard closes the sliding doors behind us and stands guard.

“What’s up?” I take a seat on an armrest on the end. “It has to be serious if you’re both here.” I glance at the guy they used as bait. “And … whoever you are.”