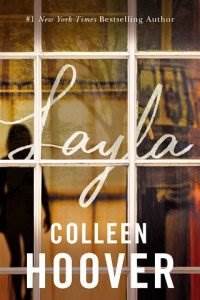 The supernatural is the natural not yet understood.

I placed two layers of duct tape over Layla’s mouth before I came downstairs, but I can still hear her muffled screams as the detective takes a seat at the table.

He has the kind of old recorder you’d see in a movie from the eighties. It’s about ten inches long and six inches wide with a big red circle on the left button. He presses it down with the play button and slides the recorder to the center of the table. The wheels on the cassette begin to rotate.

“Please state your name,” he says.

I clear my throat. “Leeds Gabriel.”

The battery compartment is held together with old duct tape running up the sides of the machine. I find it kind of humorous. This severely outdated machine is going to record every word I’m about to say, and that’s somehow going to help?

At this point, I’ve all but given up. There’s no light at the end of this tunnel. I’m not even sure there’s an end to this tunnel.

How can I have hope for a way out of this when things have gotten so out of control? I’m speaking to a detective I met online while my girlfriend is upstairs, losing her damn mind.

As if she knows I’m thinking about her, the noise picks up again. The wooden headboard pounds against the wall upstairs, creating an eerie echo in this huge empty house.

“So,” the man says. “Where do you want to start?” He seems like he’ll be able to work through the noise, but I’m not sure I can. Knowing Layla is suffering because of my actions is not something I can easily ignore. Every sound coming from upstairs makes me flinch. “Why don’t we start with how the two of you met,” the man suggests.

I’m hesitant to respond to questions that I know won’t lead to answers, but at this point, I’d rather hear my own voice than Layla’s muffled screams. “We met here last summer. This used to be a bed and breakfast. I was the bass player in the band that played her sister’s wedding.”

The man doesn’t respond. He leans back in his chair, staring at me quietly. I don’t know what else to say. Am I supposed to elaborate on that? “How does meeting Layla relate to what’s happening inside this house?”

He shakes his head as he leans forward, folding his arms across the table. “Maybe it doesn’t. But that’s why I’m here, Leeds. Anything could be a clue. I need you to go back to the first day you were here. What was Layla wearing? Why were you both here? What was the first thing she said to you? Did either of you notice anything out of the ordinary about the house that night? The more information you can give me, the better. No detail is too small.”

I rest my elbows on the table and slide my palms over my ears to drown out the sounds Layla is making upstairs. I can’t take hearing her upset like this. I love her so much, but I don’t know that I can go back and talk about why I love her so much when I’m putting her through this.

I try not to think about how perfect things were in the beginning. When I do that, it solidifies the fact that I’m more than likely at fault for how it has all come to an end.

I close my eyes and think back to the first night I met her. Back when life was easier. When ignorance really was bliss.

It’s the first thing I notice about her while I’m on the stage, playing to a dwindling crowd. Long arms she seems to have no idea how to control. She’s barefoot, moving around in the grass, deliberately stomping her feet without any of the delicacy the song expects. She jerks her head wildly, and her unruly black curls sling back to front like she’s jamming out to a heavy metal song.

What makes it funny is that this is a modern country band. A modern bland country band. An entire set of songs that is excruciating to listen to and is even more painful to play.

That’s literally what it’s called. Garrett’s Band. It’s the best Garrett could come up with.

I’m the unofficial fourth member—the last one to join the band. I play bass. Not the kind of stand-up bass people respect. I play electric bass. The underrated, invisible instrument that’s usually held by the invisible member of the band—the one that fades into the background of each song. I don’t mind fading into the background, though. Maybe that’s why I prefer electric bass over anything else.