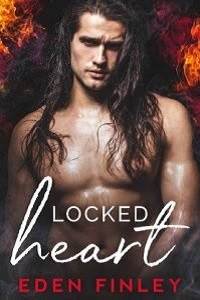 Our sweaty bodies collide, our breaths mingle, and even though I can feel his skin on mine, his heartbeat under my hand, I know this is goodbye.

I’m pinned to my bed beneath his thin but tall body. He moves on top of me, grinding, and his hands roam over my chest and down my abs. One sneaks under me and squeezes my ass.

Sherlock will always be my first love, the first guy to ever touch me the way he is now, and my first heartbreak.

We’re making the right decision. I know we are. It still sucks.

I look up into his striking green eyes. “Do you mean, like, you know …”

My soon-to-be ex-boyfriend chuckles. “Your mom might be right. If you can’t even say the word sex, maybe you shouldn’t be having it.”

We’re totally the opposite to how we should be.

Sherlock, much like his name suggests, is smart, Wharton bound, a math genius, and a bit of a nerd. He has height, but his floppy red hair and freckles can’t hide the nerdiness. Yet, when it comes to this stuff—the sex stuff—he’s confident and open, and I feel like an inexperienced loser. Which is weird, because we both admitted we’ve never done it before. I don’t know how he’s so calm and collected and I’m nervous as fuck.

“Okay, future badass rock star.” Right now, I’m in a garage band that’s going nowhere, but that’s all going to change this summer. I’m heading to LA and I’m never looking back. “But, uh, I want to, and stuff—”

Sherlock reaches for my erection pressing against him. “Clearly.”

I shudder under his touch as he strokes my dick.

I squeeze my eyes shut and nod.

“I could take care of you in other ways.” His hand moves down my cock and cups my balls, but his fingers keep going. When he presses one against my hole, I tense. He backs off. “Or, we could do it the other way around.”

“I’ve got you.” Sherlock takes control the best way he knows how. He gets me on my hands and knees to make it easier for both of us. He’s gentle and slow, and yeah, it’s awkward as fuck and there’s a lot of stopping and starting. But he claims me in a way no one ever has.

I have the sinking feeling no one ever will again.

Not physically but the way he loves me. The way he’s tender and caring. The way I know that even though we’re walking away from us, he’ll forever be branded on my heart.

Tomorrow, he’s moving to Philly, and in a few weeks, I’m headed for Hollywood.

I don’t want to chase my dream without him, but I refuse to hold him back from his. We’re eighteen. It’s smart to end this now. We’re too young and inexperienced to try long distance.

When he comes inside me, I know it’s all over, and I let the tears fall from my eyes.

Sherlock rolls me onto my back and kisses me hard. I’m thankful he doesn’t see the redness in my eyes or the wetness on my cheeks. His hand distracts me from the pain in my chest as he jerks me off, and the sensation is enough to protect me from the real world. Even if I know it’s fleeting. It doesn’t take him long to push me over the edge, and as he collapses on top of me, more emotion takes hold.

I realize I will forever be the douche who cried after losing his virginity.

That’s not very rock star at all.

I can’t hide it either, because I’m about to snot all over his shoulder. That’s probably worse than the crying thing. I sniff, and Sherlock stiffens in my arms.

He leans up on his elbows and stares down into my eyes. His hand brushes my long hair off my face, and he frowns.

“What’s wrong? Did I hurt you? You should’ve told me—”

I shake my head. “You didn’t hurt me.” Not physically, anyway. “I just … I hate that this is the last time.”

“Technically it was the first.”

He covers my mouth with his hand. “Cashton Alexis Kingsley. Don’t finish that.”

He hates his name with a passion, and I can’t say I blame him. I have no idea what his parents were thinking.