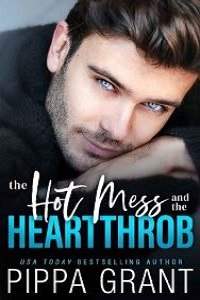 Levi Wilson, aka an international pop sensation who thinks a steak lunch is about to be the best part of his day

For my thirteenth birthday, I talked my big brother into helping me sneak out of the house to take the bus downtown so we could see Seven Knobs perform. They were a local indie rock group with a wicked sound, and for that summer, they were my heroes.

Not that I had high standards for heroes. If a band had a good sound and I could see them locally, they qualified.

I had many, many heroes.

Tripp and I both knew I’d go with or without him there to watch over me, which is the only reason he agreed.

They’re the pains in the ass you love to love.

After the show, we got turned around outside the arena on our way back to the bus stop and ended up with a police escort home at two in the morning, where our mother, who was raising us solo, had called every other mom in the neighborhood and was about to send out a search party.

Mom’s no dummy. She’d known where we were going. She knew when we were supposed to be home. And she knew something had happened.

I took ten years off her life that night.

That’s the last time I ever got lost sneaking around in downtown Copper Valley.

At least this time, I’m lost in broad daylight where the worst thing that could go wrong is missing lunch.

It’s highly unlikely I’d have a repeat of that incident in San Francisco when I was taking the scenic route to a late breakfast and got spotted by a field trip from an all-girls’ school who got so excited that my security detail shoved me out of sight and into the nearest open door, which led directly into a full mani-pedi spa.

Let’s just say you shouldn’t startle people having their toes painted by other people holding full bottles of nail polish.

Especially not on a week when you’re on the cover of both People and Entertainment Weekly, which is basically when you’re most recognizable as a celebrity.

Related: Nail polish is weirdly difficult to get out of your eyebrows.

But I’m sure that won’t happen today. Especially since I’m only a pop-out picture on the cover of The National Enquirer.

Apparently I have six toes and one writes all my songs for me.

It’s a good sign the world’s forgotten me this week, so I can go anywhere without being recognized.

But optimism is important, right?

“This corner, G. This is the one,” I tell my lead protection agent as we hustle down the street, buffeted by the fall wind howling through the corridor between the fifteen- and twenty-story buildings on the outskirts of Copper Valley’s warehouse district. Rain’s on the agenda for today, and Mother Nature isn’t playing. She’s as serious as Giselle, who stays straight-faced, eyes perpetually scanning the random people passing us by who haven’t noticed me.

Ball cap, sunglasses, and someone else’s old letterman jacket for the win.

“You’re not issuing orders about parking garages next time,” Giselle informs me.

“You’re thinking of the garage on Seventeenth and Sunshine. And no one has good memories of that garage except you.”

No wonder she argued when I told her to park two blocks back and that we’d walk the rest of the way. I don’t know where I thought we were, but it’s not where we are. “Just because you didn’t want to wear a parking cone as a hat and be in my video—”

“Giselle, don’t let me shoot a video riding a contact high ever again,” she replies, completely falsetto and sounding nothing like me, even though I do vaguely recall saying something like that the day after the parking lot shoot.

“And you still don’t know your parking lots here anymore.”

My stomach growls, and I swear she hears it. She’s five-six, dark-haired, about a decade older than me, which you wouldn’t know since age is terrified to touch her face. She’s built like a badass and has the skills of a ninja, thanks to being head cheerleader in high school and spending decades honing her skills ever since. At least, that’s her story.

“Let me know when you want me to steer you in the right direction.”

“I think I can find my favorite steak restaurant in my own hometown.”

“Just testing you to make sure you know where we’re going. And working up an appetite.”

Must be what happens when you’ve lived away as long as you lived at home.

I thought Tripp was old two years ago, and now I’m the same age he was then.

Realization smacks me with a one-two punch to the gut and the heart, and I stop in the middle of the sidewalk. “Shit. I’m old.”