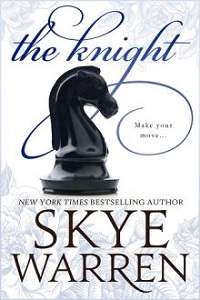 At one in the morning I wake to the sounds of a headboard banging on the wall, vibrations shooting through the hard-edged coils cradling me. It’s my first night at the Rose and Crown Motel in west-side Tanglewood. Moans echo around me like the thin walls are surround-sound speakers, the man’s grunts a bass undercurrent. I curl the thin blanket tight over my shoulder, eyes wide in the dark room.

At three in the morning squeals startle me awake, heart pounding, sweat slick over my skin. I push the blanket down and sit up. The rhythmic movement of the bed feels almost like a violation, as if my neighbors are touching me.

I’m not sure when I fall asleep, but when I wake up next, I’m curled sideways on the white sheet, arms tucked over my face. The red-numbered alarm clock says it’s been forty-five minutes.

He’s more talkative now. And he has a slight accent I don’t remember from before.

Because it’s not the same man. Realization washes over me, along with humiliation for being so naive. The woman next door isn’t having sex with her husband on some low-budget road trip through Tanglewood’s inner city. She’s a prostitute. And these men are her customers.

I give up on sleep, because the situation hits a little close to home.

A chair and table in pale blonde wood sit beneath the air vent. Cool air brushes over my skin, bringing with it the scent of smoke and a tang I can’t place. On the square table sits all my worldly possessions—the drawstring bag I used for laundry in my dorm, stuffed with as many clothes as I could carry that night. Books on ancient mythology from the semester I dropped out. There’s no point in keeping them, but I couldn’t bring myself to leave them behind.

A small pile of money. Not enough for my father’s medicine, not nearly enough to save our house. But it will pay for this motel room for a few weeks. Food, too, if I’m careful.

“Now turn around,” the man next door says, voice uneven. “I want to see that nice big ass I’m paying for. Yeah. Yeah, that’s it. I fuckin’ love it.”

Shivers run over my skin that have nothing to do with the air vent above me. I think about the woman he’s with, my faceless neighbor. What’s she thinking right now? What’s she feeling? Shame. Guilt. Relief. Or maybe she’s smart enough to numb herself with alcohol, not feeling anything at all.

In some ways it’s been easy to focus on survival since I lost my house. Where to sleep, what to eat. How to wash my clothes in the laundromat, with sticky quarters and little packets of powder from the vending machine. Easy, because survival is something I might actually accomplish. And I’ve failed so much. My father. And worse than that, my mother. Myself.

My cheeks burn with embarrassment. God.

Is she scared? Resigned? Does she know I can hear them? Does she care?

I can’t listen to any more.

The surfaces in the bathroom glisten with something that isn’t cleaning chemicals. There’s black residue climbing out of the cracks, as if the place is drawn with thick markers. It’s disgusting, but at least I can turn on the water. The spray hits the scraped ceramic tub with a satisfying thud, almost drowning out the sound of sex next door. Still wearing my cami and shorts for sleep, I curl up on the lid of the toilet, knees tucked underneath my chin, a faint mist from the shower coating my face.

In the steady fall of water it isn’t my neighbor’s debasement I hear. It’s mine.

Once upon a time I lived in a castle. I would have defended it with my life. That wasn’t what Gabriel Miller wanted from me. He wanted my innocence.

I gave it to him, but it wasn’t enough.

Now I’m determined to get back my family’s home.

Sunlight enters the motel room through a vertical slat between heavy curtains, splitting the room into two halves. An unmade bed on one side, a nightstand with a dusty Bible. The table and chair on the other side, with the haphazard pile of clothes and books, artifacts from a former life. A rectangle of light hits the mirror, and I use the reflection to brush my teeth and comb my hair into something half-respectable. Where I’m going there are tailored suits and high-end manicures. I’ve got a Smith University T-shirt and my favorite pair of jeans, thin armor in the fight of my life.

I shove all my cash into my back pocket, wrapped around my room key, unwilling to leave it behind for even a few hours. I doubt there’s daily housekeeping at the Rose and Crown, and if there were, they might not steal, but I can’t take any chances. My worldview has narrowed from tuition payments and charity auctions to the price of a hot dog at the corner store.