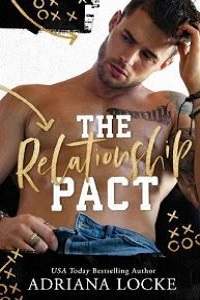 That’s right. These all-Americans became the biggest upset in college football and a complete embarrassment to their town.

Interceptions. Dropped balls. Missed blocks. Fumbles. You name it, they did it.

First, there’s Hollis Hudson, the mysterious tight end who keeps everything locked down. He couldn’t run a route to save his life this year.

And rounding out the trifecta of crap is River Tate, the popular frat boy. He’s supposed to be a superstar wide receiver but dropped more passes than he caught.

Me: My abs are still impressive.

I hit send on the text message and drop my phone to the bed.

The sky is dark outside my hotel room window. I yank the curtains closed before resuming getting dressed. The black sweater I borrowed from River’s closet before I left campus sits snugly over my aforementioned abdominal muscles. I slip on a pair of sneakers—also borrowed from River because he has a better wardrobe than I do—and take a quick look in the mirror.

“Not too shabby,” I say to my reflection.

I’m reaching for my wallet next to the mini-fridge when my phone dings, so I grab it instead.

River: Oh, thank God. I was getting worried.