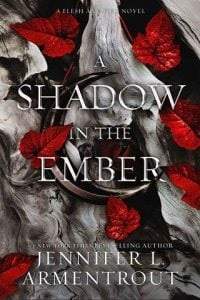 “No.” I clasped my hands together to stop their ceaseless trembling as I breathed in deeply. I held that breath and stared at my reflection in the mirror propped against the wall. I had no reason to be nervous. I exhaled slowly. “I will not disappoint you.”

I took another deep, measured breath, barely recognizing the person who stared back at me. Even in the dim, flickering light from the numerous candelabras placed throughout the small chamber, I could see that my skin was so pink, I almost couldn’t see the freckles smattering my cheeks and the bridge of my nose. Some would call the blush a glow, but the green of my eyes was too bright, too feverish.

Because my heart still pounded, I held my breath again, just like Sir Holland had taught me to do when it felt as if I couldn’t breathe—couldn’t control what was happening around me or to me. Breathe in, slow and steady. Hold until you feel your heart slow. Breathe out. Hold.

My hair had been brushed until my scalp started to burn. It still tingled. The pale blonde hair was half swept up and pinned in place so the mass of curls fell down my back. The skin of my throat and shoulders was also flushed, and I figured that was from the scented bath I had been made to soak in for hours earlier. Maybe that was why I found breathing so difficult. The water had been so heavily perfumed with oils that I feared I now smelled as if I’d been drowned in jasmine and sweet anise.

Holding perfectly still, I inhaled deeply and slowly. I’d been groomed to within an inch of my life after the bath. Hair plucked and waxed from all manner of places, and only the balm rubbed over my legs, arms, and seemingly everywhere in between had soothed the sting. I held my breath once more, resisting the urge to lower my gaze beyond my face. I already knew what I would see, and that was, well, nearly everything.

The gown—if it could be called such—had been constructed of a sheer chiffon and little else. The sleeves, which were nothing more than a few scant inches, rested on my upper arms, and the thin, ivory cloth had been draped and wrapped loosely over my body, the length left to pool on the floor. I hated the dress, the bath, and the grooming that had come after that, even though I understood the purpose.

I was to entice, seduce.

A rustling of skirts drew near, and I exhaled slowly. My mother’s face appeared in the mirror. We looked nothing alike. I resembled my father. I knew this because I’d stared at the one remaining painting of him enough times to know that he too had freckles, and his jaw was just as stubborn as mine. I also had his eyes—not just the color but also the same tilt at the outer corners. That painting, hidden away in my mother’s private chambers, was how I knew what my father had looked like.

My mother’s dark brown eyes met mine briefly in the mirror, and then she walked around me, the crown of golden leaves upon her head shining in the candlelight. She studied me, searching for a stray hair out of place or where one didn’t belong, for a flaw or sign that I wasn’t the expertly crafted bride.

The price that had been promised two hundred years before I was born.

My throat dried even more, but I didn’t dare ask for water. A rosy paint had been applied to my lips, giving them a dewy finish. If I messed them up, my mother would not be pleased.

I scanned her face as she adjusted the sleeves of the gown. The fine lines at the corners of her eyes appeared deeper than the day before. Tension whitened the skin around her lips. Like always, her features were impossible to read, and I wasn’t sure what I searched for. Sadness? Relief? Love? The sound of tiny golden chains clinking together caused my heart to kick even harder against my ribs.

I caught a glimpse of the white veil someone handed to her, and it made me think of the white wolf I’d seen by the lake all those years ago when I’d been collecting rocks for whatever bizarre reason I couldn’t remember now. Based on the magnificent size, I’d imagined that he’d been one of the rare kiyou wolves that sometimes roamed the Dark Elms surrounding the grounds of Wayfair Castle. I’d locked eyes with the creature, terrified that it would rip me apart. But all it had done before loping off was look at the pile of rocks in my arms as if I were some sort of idiot child.