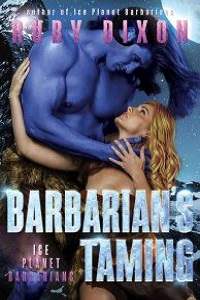 It’s weird when you don’t fit in.

I thought that once I hit adulthood, I’d be all done with feeling like an outcast. That once I got past those awful high school years where I felt like the round peg in the square hole, that it’d all just be a bad memory. That someday I could look back and laugh at how much it bothered me to be the weirdo on the outskirts.

Sitting here in a cave at a party for my sister, surrounded by aliens, I feel like I’m reliving my high school years all over again. It’s pretty garbage, I have to admit. I wasn’t popular then, being fat and opinionated. These aliens don’t care if I’m fat or if I have a big mouth, and yet I’m still on the outskirts.

Someone dances past me, laughing. His tail smacks against my arm and then he spills a bit of his drink on the stone floor in front of me. Lovely. I absently swipe a bit of my tunic on the spilled alcohol because I don’t want someone slipping on it in front of me while I sit and hold down a cushion in the corner of the room by myself.

It’s not that people are unfriendly. Heck, it’s not even that I’d have to sit alone if I didn’t want to. It’s that I’m really not sure where I stand with any of these people. I stare out at the celebrating tribe, not paying attention to the people who dance past with a skin of sah-sah, or the woman who pulls her top down to breastfeed not one but two blue babies. I ignore the exclamations over the fruit that they’ve managed to savor all damn night, and I sure as shit ignore when they start singing again.

Everyone’s so damn happy. Everyone but me.

In the space of the last month or so, my world has been upended. I went to sleep one night and woke up in the arms of blue space aliens on a frozen planet. Apparently I was kidnapped by bad aliens in my sleep. Apparently they took my sister, too. Apparently we were also stuck in sleep pods for a year or so and missed out on the bad guys being shot down.

It seems we slept through a lot.

Even if I thought it was all too strange to be believed at first, it didn’t take long to realize this shit was legit. There are two suns, two moons, and endless frost and snow. The people here are blue, covered in a downy fuzz, and act like a blizzard is a nice spring rainstorm. Oh, and the parasites. I don’t even want to think about the parasites, especially not the one living inside me now, helping me ‘adapt’ to this alien world.

My sister is thriving, though.

It’s weird. Lila’s always been a shy introvert and even more of an outcast than me. She was born deaf, and though she got cochlear implants at age twelve and no longer needed me to interpret for her when lip-reading was too tricky, I’ve always felt the need to protect her and care for her. But here? We’ve been separated and she’s been thriving. Lila is usually the lonely, lost one and I’m the bold, outgoing one. I have to be because that’s how you Get Shit Done.

Except Lila’s doing fine on her own and now I’m just kind of…lost. I’m the single human that doesn’t have a mate. I don’t know the others. They’re all pregnant or getting pregnant or juggling babies already and I’m sitting here, twiddling my thumbs with my ‘vacancy’ sign over my vagina.

Not that I want a baby, mind you. Or a mate. But it feels weird to be the only chick who’s not hooked up in this place. Even my sister’s lovey-dovey with an alien and mated.

She’s happy here despite all the snow and ice and man-eating creatures and lack of toilets. She wants to stay (not that we have a choice).

I rub at the wet spot on the stone floor while one of the humans—Georgie? Megan? I don’t know which one—whips out a boob and starts breastfeeding her child mid-conversation with an alien lady. Lila’s not attending the party any longer; she ran off to her cave with her alien guy to go make babies with him. Literally. She’s literally going to make babies with him. It’s something I’m still struggling to wrap my brain around. It seems that if my chest-cootie wakes up and starts purring, it picks a man I should make babies with.

I’m pretty glad mine is deciding to be mute.

Lila’s thrilled to be ‘resonating,’ though. Of course she is—now she’s one of the baby-crazy crowd of human women who’ve settled in with the aliens. Now she fits in even more, though she wasn’t exactly having a tough time with that. She’s mated to a popular guy. She showed up with fruit. She’s taken to all the daily life tasks like they’re a joy for her. Got a fire that you need made? Lila can do it. Skin a kill? Lila’s right there. Make dinner? Arrows? Fucking slings or snowshoes or bear traps or whatever else these Grizzly Adams wannabes can come up with? Lila can do it. She can survive just fine because she’s been learning how to be like them.