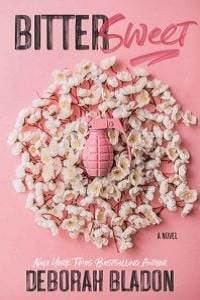 I pop open the lid of the rectangular gift box, and my breath catches.

Inside is a stunning necklace. The chain is delicate and crafted of silver. The pendant is a pear-shaped sapphire surrounded by six small diamonds.

“This is your something blue, Afton.”

I look up and into the eyes of the man I’m marrying. Warren Rotham has been a staple in my life since I was sixteen years old. I crushed hard on him in high school, pined for him when he went away to college, and two years ago, I accepted when he finally asked me out on a date.

“The color of the sapphire is a perfect match for your eyes.”

I smile at the compliment, even though he’s wrong. My eyes are light blue. My brother Nelson and I share that in common. He’s a blond, just like our mom. My hair is the same shade of brown that our dad was before he started graying.

“Of course.” He tugs the necklace free. “Spin around and lift your hair.”

Bunching my hair into my fist, I turn on my heel.

Warren’s fingers brush over my neck as he works to fasten the clasp. “Mother saw this in the window of her favorite jewelry store. She told me you’d love it.”

I gaze at our reflections in the full-length mirror that’s resting against the wall in front of us.

Warren is super focused on the necklace. His teeth are pinching his bottom lip. When I first met him ten years ago, I thought he was the cutest boy I’d ever seen.

We touched hands in the school cafeteria when Warren stepped in front of me to grab a packet of ketchup for the fries he’d just ordered. I felt a surge of nervous energy so strong that I almost dropped the plastic tray I was holding.

Today, I feel nothing but an uneasy lump in my stomach.

We’re set to walk down the aisle in two hours.

“Are you naked under that robe?” His breath gusts over my neck.

“I’m wearing lingerie.” I try to catch his eye in the mirror, but he’s dropped his attention to the phone he just pulled out of the back pocket of his tuxedo pants.

Warren and I haven’t been intimate in more than three months.

That was his idea.

His reasoning was simple. He wanted to build up the anticipation before we make love for the first time as a married couple.

I couldn’t last ninety days without an orgasm. At the forty-eight hour mark, I broke my vow to not come by getting off in my bed to the mental image of a guy I saw at a bodega.

The fact that Warren wasn’t the inspiration for my late afternoon solo delight was just another red flag.

They’ve been popping up all over the place the past few weeks.

The first was Warren’s frustration when I told him that I wasn’t going to take his surname.

His parents invited me to lunch so they could convince me that trading in Neal for Rotham was the right move.

I won that battle.

The dress I’m wearing today was another source of conflict. Warren sketched out his ideal dress in detail and tucked it into the back pocket of my jeans the morning of my appointment at the bridal salon.

His older sister tagged along with my mom and my best friend.

I didn’t bother glancing at Warren’s sketch, but Wilma yanked it out of my pocket, showed it to the bridal consultant, and insisted that I choose a dress that resembled the hot mess of lace that my husband-to-be wanted.

My wedding dress is simple and made of silk. It’s another hard-fought point for me.

“Lydia sends her best.” Warren sighs as he keeps his gaze pinned to his phone’s screen. “She’s sorry that she had to miss our special day.”

I doubt that. I think she’s sorry that she’s not about to become his wife. Lydia Amberton is Warren’s research partner. They’ve been studying the impact of sunspots on goats… or something. Warren’s very hush-hush about his work. Every time I’ve asked, he’s chuckled before launching into a speech about how it’s important that we both have our own interests.

I’ve seen him with Lydia when I’ve stopped by their research lab. She’s got it bad for my fiancé. The fact that I don’t feel an ounce of jealousy about all the time they spend together is another glaring warning sign that I’ve been ignoring.

“You haven’t started packing.” A few strands of Warren’s slicked-back blond hair fall onto his forehead. “I thought you were going to make the arrangements to have everything brought to my apartment by today.”

As of today, it’s supposed to be our home .

Warren lives in a two-bedroom walk-up in Greenwich Village.

I’m renting the garden apartment of a brownstone on the Upper East Side. Nelson’s in-laws purchased the property as a wedding gift when my brother married my best friend, Joel. That was almost two years ago.