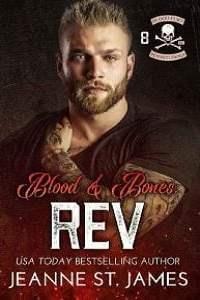 Dodge – Manager at Crazy Pete’s Bar, did time with Rook in jail

For I have sinned

All of them. Every last one.

He hated the endless drone of their voices.

He even hated the ten wooden chairs that formed a circle around him.

In those chairs sat his mother and nine other women from their church. When the women had entered the room, they refused to look at him and his mother demanded he keep his eyes lowered to the open book in his hand.

Because Michael was a sinner.

His spine, from his tailbone to the top of his neck, felt ready to splinter.

The skin on his bare knees was about to split open from kneeling on the stack of wooden rulers.

His muscles cramped from keeping perfectly still so the bible balanced on his head wouldn’t tumble to the floor.

His arms trembled from holding the “good book” open in his hands.

He wasn’t allowed to move except to turn the wafer-thin pages.

His mouth moved as he followed along with the passage but not one word escaped. His eyes didn’t need to focus on the tiny print on the well-worn pages because he had been forced to read the bible so many times he knew the passage by heart.

Not that this particular scripture meant anything to him. It didn’t.

Because he was a sinner.

He was born one.

He would die one.

And in between, he planned on living a life full of sin.

Keeping his head tipped down to hide it, one corner of his upper lip pulled up into a sneer.

He would remain in the center of that circle surrounded by these women and their monotone voices until the elder, the one who looked like a walking corpse, decided he had atoned for his latest transgression.

In the meantime, if he dropped the bible, he’d get ten lashes. If he stood without permission, he’d get twenty. If he told them all to fuck off, he had no idea how many lashes he’d be blessed with, but a bar of soap would be forced into his mouth, and he’d be locked in his room without supper. To think about his inexcusable actions, he would have to sit in a wooden chair with his hands in his lap, his feet flat on the floor while he continued to pray and ask for forgiveness until his father came home.