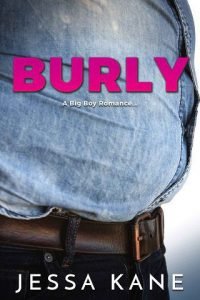 I’m an ugly son of a bitch.

The only thing I’ve ever been good for is protecting people, so I joined the Navy fresh out of high school. That’s where I met my best friend, Joe. He was there when I wrestled for cash on the ship, leaving men devastated in my wake. We were side by side while enemy fire rained down from above, our lives flashing before our eyes. And needless to say, we’ve been drinking buddies for the last year since our tours ended, our return to civilian life slow and difficult.

We dealt with it in different ways.

He concentrated on family life.

Me? I have no family. So now I take contracts for the government. The dirty, secret part of the government no one speaks about. The long arm of the White House that reaches out and eliminates troublemakers or threats to democracy.

Joe barbeques and cleans the gutters on his suburban house.

After everything we’ve been through and the way he invites me in like a stray animal, there is no excuse for the way I look at his daughter.

But goddamn, there is no one sweeter on this green earth.

Just like her father, Angelica is my polar opposite. She’s beautiful. I’m scarred up and terrifying. She’s eighteen and I’m thirty-seven. She has the voice of an angel. She’s everything pretty, lighthearted and positive. I’m a murdering bogeyman.

Right now, I’m sitting on a stool in Joe’s house, elbows leaned on the counter of the marble island, a cold beer in front of me. Joe is frying up steaks on the stove and relaying some gossip about his neighbors, but my attention keeps straying to the backyard where Angelica is practicing a dance routine in nothing but bike shorts and a sports bra. My cock is so hard, there is going to be an imprint of my zipper on that stiff flesh all night. Fuck.

Does she know what she’s doing?

She’s innocent as hell, even if her dance moves are provocative. Designed to make men pant and sweat. She sweeps her long golden hair up into a ponytail and starts the routine again, bending forward and snapping straight, rolling her ass one way, then the other. Twirling in pirouettes and reaching up, up, an expression of rapture on her face.

Joe turns from the stove and catches me watching, giving me no choice but to own it. I snatch up my beer, take a long pull and set it back down. “What is she doing out there?”

“She didn’t tell you?” His pride in his daughter is unmistakable. After Joe came back from overseas, he had too many differences with his wife to make it work. Angelica splits her time between them now. “She has an audition tomorrow with a talent agency. They scouted her at a dance competition a few weeks back. It’s a pretty big deal.”

I nod, unable to keep my gaze from traveling back to the too-young blonde just outside the window. “What happens if it goes well?”

Angelica is on her way to the top. I’ve known that since meeting her. She’s a triple threat of beauty, talent and personality. As a man twice her age with a thick middle and a shadowy profession, the infatuation I have with her is downright pitiful. It’s shameful the way I come here and collect mental images of the girl, bring them back to my barren apartment and fuck my fist.

Out in the backyard, she whips her hair, rolls that incredible body and I have to adjust myself under the kitchen island. Joe should kick me out of his home and never speak to me again. Hell, he should take aim at me with a shotgun. If he knew about the secret pictures I take on my phone, if he knew about the depraved fantasies I have starring his daughter, he would try and have me arrested.

There’s no help for it, though.

She’s under my skin. Into my heart with her humor and compassion.

There’s no getting her out.

Speak of the angel, she comes skipping into the kitchen a moment later, a smile brightening her face when she sees me. “Murph!” She throws her arms around my neck and lays a kiss on my cheek. “I didn’t know you were here.”

“Just having a beer,” I mumble, painfully aware of my hard-on. How close she is to touching it. “I should get going soon, though. I’ve got some work to do.”

“Oooh.” She props her adorable chin on her fist, leaning toward me on the island, gray eyes sparkling. “Is it something top secret?”

Despite my aroused state, my lips still twitch at her mischief. “You know I can’t tell you anything about what I do.”

She sticks out her bottom lip and I have an image of her laid across my knee, her tight ass lifting up for a spanking. “What if I guess correctly? Could you give me a wink?” Her voice softens. “Your secret would be safe with me.”