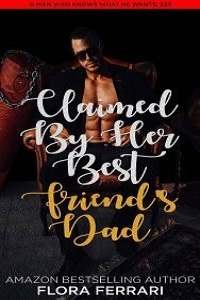 “Just don’t go down any dark alleys or anything,” Yasmin says, her voice laced with anxiety. “Just … stay where people can see you, okay?”

I clutch my cellphone tightly in my hand, pressing it against my ear as I walk through the oppressive closeness of the bustling city streets. Despite the riot of noises all around me – the car horns and the shouting pedestrians and the rev of engines – my heartbeat pounds loudly in my ears.

I glance back to see if he’s still following me.

Like always, he’s dressed all in black, a scarf pulled up over his mouth and nose, and a cap pulled down over his eyes. I spotted him as I left the subway, my waitress uniform sweaty, and my body work-tired and ready to collapse into a heap in bed.

“Come on, lady,” somebody snaps, pushing by me.

I curse silently and retreat to the edge of the sidewalk, out of the direct flow of the pedestrians.

Snow dances in the air as I search the crowd, eyes snapping here and there, for any sign of the black clad man.

“Jade?” Yasmin says. “Hello? Are you still there?”

“Yeah,” I say, and then cough and clear my throat when I hear how ghostly the word sounds. “Yes, I’m here. I can’t see him anymore.”

“Do you want me to send someone?” she asks.

“No, I’m okay,” I tell her, though my heart is thumping against my ribcage like an angry hammer.

My mouth is so dry my tongue sticks to the roof of my mouth. My grip on the cellphone is tight, as though that will stop me from drifting away on a river of fear.

“I’m just around the corner now anyway,” I say.

“Well, hurry up,” Yasmin says. “I can’t stand the thought of anything happening to you.”

I hang up and rejoin the flow of pedestrians, a prickle moving up my spine every few moments as though his hidden gaze has once again come to rest on me.

It’s been this way for almost a month now.

Every few days, a man dressed entirely in black will emerge from the anonymity of the city and trail after me like a wraith. Luckily, my life as a waitress and a wannabe writer doesn’t take me anywhere this man would be able to snatch me discretely from, but that doesn’t stop the terror from gripping me constantly.

The police have told me to call them if I notice anything suspicious, but the man always vanishes long before they show up every time. And then the police officers give me this half-hidden expression, as though they’re angry at me for wasting their time but too polite and professional to just come out and say it.

I sigh and walk down the street, past men in business suits and ladies in designer clothes, feeling out of place even if I’ve lived here for the past four years since I was fifteen years old. I walk into the fancy apartment building and nod to the security guard, and then I head to the private elevator that leads to Yasmin’s penthouse apartment.

Yasmin’s apartment, the words bounce around my mind as I ride the elevator up, up toward the sky.

She’s always telling me to think of it as my apartment, too, but that’s proved impossible over the past few years. Ever since my dad died in that ski accident when I was fifteen years old and my onetime mentor and my best friend took me in, she’s told me time and time again that this is my home too.

But it’s hard for me to accept that fact when, up until the age of fifteen, Dad and I lived in a modest two bedroom apartment in an unglamorous part of town.

Still, as the elevator takes me smoothly upward, I can’t help but let a wave of relief wash over me and whisper soothing tones into my taut body. Yasmin’s apartment is like a fortress, and whoever the black clad man is – or men, if it’s a different man each time – they won’t be able to get to me here.

I find myself thinking of the first time I saw Yasmin the higher I get, making myself breathe slowly so that I don’t appear like a complete wreck when the doors finally slide open.

I was eleven and she was fifteen.

Back then she’d loved writing just as much as I did, though she’s since fallen in love with making YouTube videos and posting on social media instead. But back then, she was a glorious fifteen year old dork and I was her protégé. As part of a creative writing initiative, she was assigned as my buddy, and ever since then I’ve looked up to her, counted on her, trusted her.

Over the years, we’ve grown closer as friends, as our age gap became less important and robes of mentor and mentee fell away.