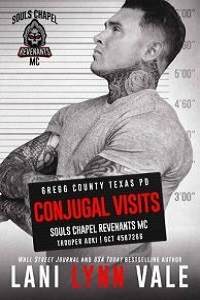 People are so stupid.

I blinked at the guy’s words.

“Um, Beckham Spurlock,” I narrowed my eyes. “Who are you?”

The boy—man—whatever he was, shook his head, and the hair that was covering his eyes swept out of his face.

My heart all but leaped in my freakin’ chest.

My boy/man was heartbreakingly sexy.

As in, one look at him, and I was about to hyperventilate.

I’d just asked him who he was!

What the hell, Beckham?

“What kind of name is Beckham?” the man-boy asked.

I shrugged. “A name my parents gave me, so what the hell does it matter? I had no control of it.”

My sarcastic attitude was an automatic response.

I hadn’t actually meant for those words to come out of my mouth, yet they had.

The man-boy’s lips twitched, and a lock of hair once again fell into his eyes.

“My name is Troup. Trouper Aoki,” he held out his hand.

Reflexively, I put my hand in his and shook it as I was trained to do from birth.

His tattooed fingers wrapped around my small hand, and I was left stunned.

Wow, he had really big hands.

And his tattoos were beautiful.

Honestly, I’d always thought hand tattoos were gross. But his?

They were drawn so well. They were a work of art.

“Are you going to high school at Kilgore?” I asked.

“Are you a senior?” I continued.

“Me, too,” I replied. “At least you’ll know one person when you get there.”

He tilted his head slightly, causing that overly long hair to once again fall into his eyes.

He did the head tilt thing again and twisted it out of his way so his eyes could once again see mine.

“I highly doubt, you looking like you look, that you’ll even be anywhere in my vicinity,” he replied bluntly. “I’ll bet you’re a cheerleader, right?”

I narrowed my eyes. “And what’s that got to do anything?”

I wasn’t a cheerleader, but only because I was too busy with volleyball to have anything to do with cheer.

He stretched his arms up high over his head, grasping on to the monkey bars above him.

We were in the park, at ten in the morning, and for some reason, neither one of us was leaving, even though the park was starting to fill up with little kids.

“I just think that you’re too blonde. Too pretty. Too… you. I doubt you’d ever slum it with the bad boy,” he drawled.

Slum it with the bad boy.