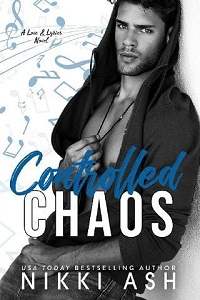 “That Should Be Me” - Justin Bieber

“Break Up with Him” - Old Dominion

“One Call Away” - Charlie Puth

Listen to all my playlists here: Nikki Ash’s Playlists

It should be me, kissing you, touching you, inside you

But instead, it’s him, getting you, every fuckin’ piece of you

Those pieces should be mine

“So you’re really going to let it happen, huh?” Declan asks, taking a sip of his beer. “You’re going to let her go off to college with that asshole without telling her how you feel?”

I flip the hood of my jacket up and tug on the strings, tightening it to cover my head. “She’s in love,” I say dryly, then take a swig of my beer, chugging it down in the hopes of getting drunk enough to believe the words I’m spewing.

“I missed my chance, and I’m not about to be that guy.” Draining the last of my beer, I drop the empty bottle onto the table and stand so I can grab another one.

“I’d bet my ass if she knew how you felt, she wouldn’t be with him,” Declan points out as we push through the crowded room of our classmates celebrating our impending graduation in various ways—some legal, some not so much—to the kitchen.

“She knows how I feel.” I scoff, grabbing a Solo cup and a bottle of vodka so I can mix myself a stronger drink. Beer isn’t going to cut it tonight. Not if I want to forget.

Declan barks out an obnoxious laugh. “Sure, she knows you care about her… as a friend, but you’ve never actually told her you’re in love with her.”

“And when the hell was I supposed to do that?” I huff, forgetting the cup and guzzling straight from the bottle. I welcome the burn as the liquid slides down my throat and into my belly, warming my insides.

“I don’t know, but if you don’t tell her soon, it really will be too late.”

“What if she turns me down?” I ask, sounding like a damn pussy.

“I can’t imagine it,” Declan says, taking a sip of his drink. “For the past three years, every time that girl looks at you, it’s as if you both are the only two people in the room.”

I love my best friend, but the guy is such a fucking hopeless romantic, which is ironic since his parents are the least loving people I’ve ever met in my life. “Then why is she with him?”

“Maybe because she doesn’t know you’re an option.”

Like a moth to a flame, my eyes find her as she makes her way through the living room alone. I’m shocked her boyfriend isn’t with her. The guy never leaves her side, especially if he knows I’ll be there. She’s dressed in a sexy as hell red minidress that shows off all of her curves, with her chestnut hair down in long waves. Our gazes lock, and like it always does when I see her, my heart thumps against my rib cage. It’s been like this every time I’ve seen her since we met.

THE PAST: SOPHOMORE YEAR

“Damn, Cam, this song is deep as fuck,” Braxton says. Using the neck of his guitar to prop himself up, he’s reading over the lyrics I just gave each guy a copy of. We just finished practicing our usual set list, and I figured I’d show them the song I finished writing last night.

“Thanks, man. I was thinking we could try it out, and if it works, we can play it Friday night at Ricky’s party.” Every few weeks, one of the kids at our school throws a kegger—whoever’s parents are out of town that weekend—and we use them as a way to practice in front of a crowd. Obviously, they don’t pay, but our classmates are assholes and have no problem telling us if something we play sucks.

“I’m down,” Gage says, walking over to the drums and having a seat.

“Let’s do it,” Declan agrees, picking up his bass guitar and getting into position.

We spend the next couple of hours in the studio, messing with the instrumentals and getting them to mesh with my words. We stop and start again damn near a hundred times until we get the sound we’re looking for—only stopping when my dad makes an appearance.

“New song?” he asks, knowing all of our songs.

“Yeah, what do you think?” I ask, holding my breath. Most kids my age don’t give a shit what their parents think, but most kids’ parents aren’t Easton Blackwood, president of Blackwood Records. With locations in New York and California and over five hundred artists and bands signed, it’s one of the most prominent record labels in the country. And I’m hoping after I graduate, my band will be one of them.