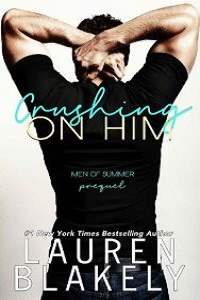 This is the moment I’ve been longing for since I was a little kid.

Since I dug in at the plate during a Little League game and hit my first home run.

Since I caught my first game.

Through it all, I pictured this.

Finally making it to The Show.

Now I’m here, with a Major League team and a huge chance in front of me.

I’ve been at spring training for a full week, practicing with pitchers and catchers, showing the coaches what I’m made of. It’s been—knock on wood—damn good so far.

Today marks the start of the next phase of spring training. The position players will arrive, and soon we’ll start playing games against the other teams in Arizona.

That’s when my future will be on the line. When I have the opportunity, at last, to prove myself where it counts—on the diamond.

And I intend to do just that.

Every day, I make myself that promise. Focus on your goals.

It’s eight-thirty in the morning, and our first workout is at nine-thirty.

I leave the hotel, make my way to the team’s facility a half-mile away, and head inside. Even after a week, wonder spreads through my body as I check out the plaques and trophies on the wall.

I head to the locker room and try to visualize the first game, the pitches I’ll call, the approach I’ll need at-bat.

Baseball, and only baseball, runs through my mind as I turn the corner and nearly smack into someone.

But not just anyone.

My new teammate, who also happens to be the man I’ve been crushing on from afar.

And it started nearly four years ago.

The first time I kissed a girl, it felt as eventful as making a sandwich.

You got the bread, you spread the mustard, you added a slice of meat.

It was just something you did in a day.

But the first time I kissed a guy? It was like an electrical storm had ignited inside my body.

And clarity too. Since I’d been trying to figure myself out for the last few years. Maybe I liked both guys and girls?

Before that first kiss near the end of my senior year of high school, I’d kissed a few girls in the backseats of cars. Gone on a couple of dates. Told my best friend, Reese, about the dates the next day, saying it was okay, it was so-so, I wasn’t that into the girl.

I had a pretty good inkling I’d like kissing a guy more.

But I’d wanted confirmation with my body.

And I got it the first time I kissed a guy.

It happened at a party with a man I’d just met. After a couple seconds, I had all my answers.

But for the sake of science, I tested some more, kissing him for longer.

I walked the rest of the way home in a world that was no longer black and white. It was bursting with color.

The next morning, I texted Reese and asked her to meet me for breakfast.

At the local diner, over pancakes and eggs, I cleared my throat.

This was going to be hard, wasn’t it?

Saying something I’d suspected for a while.

Saying it out loud to another person.

But then, we’d been friends since I was eight, and she was six. We’d already talked about our crushes on Chris Hemsworth, so I didn’t think I was going to shock her. Still, nerves whipped through me. I was saying this out loud for the first time to another person.

It came out straightforward. To the point. I didn’t throw myself a parade.

Reese seemed to follow my lead. She kept her gaze on me, her eyes a touch serious. “Thanks for telling me. Any reason why you decided to tell me now?”

Her blue eyes sparked with curiosity. Her voice too. “And…?”

“It was…pretty fucking good,” I said, laughing, as I remembered.

Her lips curved into a grin. “So a little better than the so-so kiss with Hannah? The meh kiss with Taylor?” she asked, recounting the stories of my other kisses.

I leaned back against the booth, relieved. “Exactly. Nothing so-so about it.” I took a beat, dragging a hand through my hair. “You’re the first person I’ve told.”

“And how do you feel now that you’ve said it?”

“Honestly? Pretty awesome,” I say, then let out a long sigh. “It was easy to tell you.”

She smiled, the kind that said she was grateful. “I’m really glad you knew you could.”

She knew all my hard truths—this one was no different. And telling her felt so good. “I should get a tattoo or something,” I said, jazzed by that idea.

Her irises twinkled. “I’m all for that. What are you thinking of?”

“Something to commemorate,” I said, practically bouncing. “I want all my tattoos to have meaning. Like these.” I gestured to the bands that looked like water on my arm.