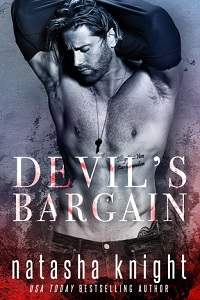 It’s past midnight when I get home, the perfect clear sky black but for the sliver of the moon. The walk from the bus stop is only two blocks, but this isn’t the best neighborhood and I’m on my guard.

The one thing I can consistently rely on is that the streetlamps will always be broken. I wonder if the township even bothers to fix them anymore.

Twice on the short walk I catch myself glancing over my shoulder, the streets quieter than they should be.

When I turn onto the walkway up to my house, the motion detector sets off the light and I reach into my tote to dig out my keys.

Once more, as I climb the three steps up to the porch of the quaint, two-story yellow house, I look behind me.

And all the windows of all the houses are dark and the only sound is that of my keys jangling as I finally find them at the bottom of the bag.

I insert the key into the top lock but when I turn it, nothing happens.

Did I forget to lock it? It’s happened before, when I’m not paying attention. Although I’m usually careful.

I dismiss it, insert another key into the second lock. That one is locked.

Relieved, I push the door open and step into the house and before I’ve even pulled the key out or closed the door, I know something’s wrong.

It’s the smell of the place. It’s different. Subtle, but it doesn’t belong.

And not just one scent.

Instinct tells me to run. To get out. But before I can process, the light goes on and it’s simultaneous to someone clearing their throat.

It’s only then that I manage to get my legs to work.

But I don’t even get out of the house before a hand clamps down around my arm and tugs me back inside as the door is slammed shut.

I stumble, out of breath for that smallest effort, and I don’t know how I don’t scream.

How, with my heart hammering against my chest, I somehow don’t scream as I look at the man sitting on the armchair, a worn-out antique that came with the rental.

As I take in the two who stand in my living room.

The third who’s holding onto me, his grip like a vice.

The one in the chair watches and I can see he’s entertained when his lips curve upward.

He gives a nod of his head and I wonder if he timed his order for the man to release me because the moment he does, I fall flat on my ass. I’m surprised he doesn’t laugh when I do.

“Finished?” he asks when I look up at him.

He’s wearing a suit and the others are dressed in black jeans and black shirts.

I don’t know how I don’t move or scream. It’s like I can’t. Like I’m paralyzed. Even my vocal cords are paralyzed.

“Ms. Doe,” the man in the armchair says.

They know my name.

Of course, they know my name.

Men like this, they’re not petty thieves. Not here to steal things. Not at this house anyway.

“Are you finished?” he asks.

He gestures to the man looming above me who once again closes his hand around my arm and hauls me to my feet before releasing me to stand on my own.

“Who…” But my question dies away as he rises to stand.

He’s huge. A giant. Bigger even than the one beside me, and I find myself shrinking back.

“And now we’re behind schedule,” he says casually, simply continuing his sentence.

I spring back as he approaches.

“I’m not the one you have to worry about, sweetheart,” he says with a wink.

He gestures with a single nod to the man at the door to open it.

I look outside at the sedan that’s just pulled up to the curb. It looks totally out of place here in this neighborhood. It’s got to be worth more than several years of mortgage payments on any of these houses.

The driver gets out, leans against the car and lights a cigarette. A second car, a replica of this one, pulls up behind it.

I turn back to find him watching me. He gestures for me to go to the car and he’s not smiling anymore.

We both know I don’t have a choice, but still, I can’t just go with him.

“Hawk doesn’t like to be kept waiting. Are you walking on your own or am I walking you?”

He gives me that grin again and leans in close like we’re old friends.

I grew up with them.