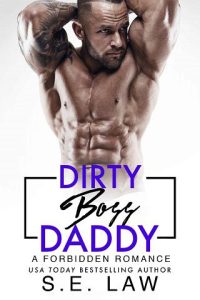 Josie catches my attention as she tiptoes over to my cubicle, and I shake my head ruefully. My buddy is anything but inconspicuous as she looks around the room with a big smile on her face. Then, she pushes some paperwork out of her way and perches on my desk with her legs crossed, her perfectly toned calves on full display. If confidence were a person, it would be named Josie Stills with her sassy ways and curvaceous bod. Meanwhile, my buddy shoots me a brilliant grin.

“So,” she nudges my thigh with her foot. “How’s the love life? Are you still doing the ba-dump-a-dump with Ronnie?”

My friend makes a face like she smells something rotten when saying Ronald’s name and I let out an involuntary snicker, only to immediately clamp down. Ronald’s my boyfriend! I shouldn’t be laughing at him, but then again, dating can be so ridiculous sometimes. Who knew that being a young woman in New York City was filled with such ups and downs when it comes to romance? I roll my eyes.

“Yes, I’m still with Ronald. You know he’s not nearly as bad as you make him out to be.”

Josie lets out an unladylike snort. “He is that bad and probably even worse. Honestly, Leslie, he is so lazy.”

I sigh. We’re all co-workers at the advertising firm Ligne NYC, so there’s no denying the truth.

“Yeah, I guess he can be a slacker sometimes,” I acknowledge.

“Sometimes? More like all the time, girlfriend. I almost lost it after that last project we worked on with him. He sat around watching us do all the work while he played that new game that everyone’s got on their cell. What is it called? Animal Crossing or something? Yeah, I saw him picking out clothes for his avatar, and he dressed mini-Ronald in a blue cardigan with purple sneakers. Who does that? Even more, what guy chooses purple sneakers for his character?”

“Yeah, but that’s hardly a crime.”

“You’re right, but it gets worse, Les. Ronald played Animal Crossing for weeks, and then when it came time to present the project, he took all the credit! What the hell? I almost totally lost it in the conference room, and only just managed to keep my professional cool.”

I swallow hard, feeling a heaviness in my chest. Everything Josie is saying about my boyfriend is true, and I know it. Ronald’s not exactly Mr. Inspirational, so it’s not surprising to hear about his selfish ways. But he does have some good qualities, so it’s a mixed bag. I try to make excuses.

“I know Ronald isn’t winning any coworker of the month awards, but he’s a good boyfriend.”

Josie throws her curls over one shoulder and pins me with a look. “How? Please, by all means, share. And I want all the details.”

“Even you have to admit he’s handsome. With that black hair and blue eyes? He looks like Superman, don’t you think? A tiny bit?”

Josie shakes her head furiously. “No, because Superman is buff and athletic. Superman flies through the air and fights evil villains. Ronald, on the other hand, is pasty and skinny from sitting in front of a monitor all day and reminds me of a wet noodle.”

“Yes, but he’s trying to work out more,” I say quickly. “You know, lifting weights and hitting the gym.”

Josie pins me with another look.

“Ronald looks nothing like Superman, Les, and you know it. But honestly, he could be decent in the looks department if he didn’t have that awful sneer on his face all the time. Honestly, for a guy who does nothing and still collects a paycheck, I don’t understand why he walks around with such an ugly look on his face.”

I bite my lip.

“I guess I haven’t noticed.” Of course, that’s a lie because I’ve noticed. Everyone’s noticed. But when we started dating, I decided Ronald’s expression wasn’t a dealbreaker because of other mitigating factors.

“Ronald is still handsome to me,” I say bravely. “You know how it goes, Josie. He’s a good-looking guy, and I’m lucky to have him. Look at me! I’m lucky I’m not dating Dan from Accounting with my extra curves.”

After all, I’m a bigger woman with plenty of junk in the trunk. Yes, I have large breasts, but it’s also accompanied by dimpled thighs and a not-so-narrow waist. Meanwhile, Dan from Accounting is a portly middle-aged man with tiny, rimless glasses, and a big belly that bulges against his button-downs. We’d look like Mr. and Mrs. Potato Head standing next to each other, which makes my heart sink.

Josie’s eyes bug out. “You’re kidding right? You’re beautiful, Les, and I hate when you talk down to yourself. But honestly? Dan from Accounting would probably be better for you than Ronald. At least Dan is nice and competent at his job. Heck, he probably lets other people take credit for his work instead of hogging all the credit for himself.”