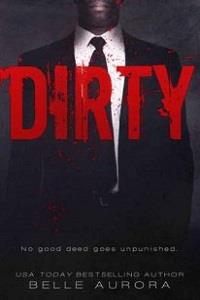 At least, I remember being confused.

Being called away from school to join my father in the office is not a good thing. The office is where he conducts business. I have been there before, but it is no place for a girl like me, or so he says.

The hall somehow looks longer than it ever has before. I walk it not knowing what to expect, clutching my schoolbag to me tightly.

Have I done something wrong? Why did he sound so tense on the phone?

My feet shuffle forward. I swallow hard, looking down at my shoes. My shoelace is undone.

I stop where I am to make sure my appearance is near perfect, running my fingers through my long, straight black hair and smoothing my hands over the skirt of my private school uniform. I take my time, pulling my white socks up to my knees and being careful not to mark them.

My father didn’t raise a pack of animals. He raised ladies, and in my brother’s case, a gentleman.

My siblings and I pride ourselves on being everything my father wished for. The only mob family with grace and humility, I’m sure.

At eighteen, I know my place. My place is to make my father happy. And I do.

At least, I think I do. So far, there have been no complaints.

I study hard to maintain an A average. I dress appropriately, never showing too much skin, and I watch over my younger sisters with love and care, molding them into the ladies they should be. Even I have to admit I’m a decent person, and I love my family.

There are six of us in total. In order of age, there’s Miguel who is twenty-four, myself, Veronica who is sixteen, Carmen who is fifteen, Patricia who is thirteen, and Rosa who is only nine. She was the last of us, born only a year before Mama died. I know Rosa doesn’t remember her. I also know it hurts her. She has photos like the rest of us do, but it’s not enough.

My mother’s name was Dorina, affectionately known as Dori to anyone she liked. She met my father when they were both just kids, running around, playing on the street. He threw dirt in her face. Instead of crying like the other girls had, she’d simply stood and shook the dirt off her. She walked home that day and told her mama about the silly boy who threw dirt at her. Her mother, my grandmother, laughed joyously and hugged her little girl. She explained, “Oh, gatito, boys are funny in the way they do things. And the worse they treat a girl usually means the more they like them.”

Mama heard this and was set.

She was going to marry that boy.

Fourteen years later, Mama became Mrs. Eduardo Castillo. They lived happily for the length of my mother’s life. She was the only woman in the world who could make my father laugh. He loved her so much that when she died, he mourned. And it scared the crap out of me.

My father is a reasonable man, but something changed during his mourning period. He became colder, more closed off. He started to shut us out.

The only person who can make him see reason is my brother, Miguel.

As I reach the office door, I knock lightly with a shaking hand.

“Come in,” calls a familiar voice.

My brother? My body turns rigid. What is he doing here? He shouldn’t be here.

Pushing the door open, I step inside and quietly close the door behind me. I walk to stand in front of the desk my father sits at, but look up at my brother, who stands emotionless behind my father. I haven’t seen him in a year. He looks good. Papa holds a hand at his forehead. He has yet to acknowledge me. I spare a sweet smile for my brother. When he doesn’t return it, my chest aches and Miguel catches my hurt. His eyes turn soft and apologetic.

It’s here I’d like to note that the men in my family don’t cry.

When my father lifts his face, my skin prickles at the look in his eyes. There is something there I haven’t seen before. Something calculating.

I know Papa isn’t a good man, but he is good to us. He’s a family man. He would do anything for us.

He would kill for us.

I clear my throat and ask gently, “Papa? Is everything okay?”

Surprised at my own ability to hide the quiver in my voice, I stand taller, feigning my calm. My father looks me in the eye. I haven’t noticed till now how much he’s aged since Mama died. The lines in his tanned face have deepened so much that he looks ten years older than his fifty years. The dark skin under his eyes seems as though he mustn’t have slept in months. But the laugh lines around his eyes… they’re gone.