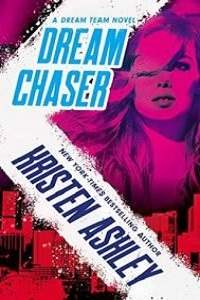 Less and Less You

Even so, I was still heading up the walk to my brother’s ex’s house at seven o’clock in the morning regardless if I drove away from Smithie’s after dancing at his club only four hours before.

This was because Angelica called me, sharing she had another migraine, and she needed me to help her get the kids to school.

My niece and nephew.

And Angelica did not call on my brother Brian because she knew he was probably passed out so drunk, if she could wrangle miracles and was able to wake him, he’d come over and still be hammered.

So she called on me.

I made the door, knocked, but knew the drill.

The knock was just a formality.

I pushed in and saw immediately that Angelica had not changed her ways in the two days since I’d been there to get the kids and take them to my place to hang because her back was spasming.

Although the house wasn’t filthy, it also wasn’t tidy.

There was kid stuff everywhere. Toys and markers and such. A basket of laundry was on the couch that I couldn’t tell if it was clean, and needed to be folded and put away, or dirty and needed to be washed. A wasted chip bag that, considering nutrition wasn’t high on her priority list for her or her children, it was a toss-up if it was left behind on that end table by Angelica, or one of the kids. Same with a can of Coke.

Even not filthy, the carpet seriously needed to be vacuumed.

I turned my eyes to the opening of the kitchen and saw my six-year-old, dark-haired, blue-eyed nephew Jethro standing there.

From birth to now, that kid was adorbs.

And I loved him with everything that was me.

Or half of that.

I loved his sister with the other half.

I smiled at him even as I put my finger to my lips and whispered, “Shh.”

His entire face ticked, the exuberance washing clean out of it, and my heart lurched seeing it.

My two babies’ lives were all about walking on eggshells.

With Daddy and his hangovers, if they ever spent time with him, which was rare, but even so, he didn’t stop drinking through it.

With Mommy and her migraines, her bad back, her bum knee, her creaky hips, if they ever spent any time with her, which wasn’t as rare, but they were off to Auntie Ryn’s place, or one of their grandmas, and they were this often, because Mommy needed peace and quiet and rest.

Sure, it takes a village.

And I was so down with being part of that village for Jethro and his older sister, Portia.

But bottom line, a kid needed to be able to count on their parents.

At least one of them.

I moved to him, asking quietly, “Have you had your bath, baby?”

I put my hand on his thick hair, bent to kiss his upturned forehead, and as I straightened, I looked left.

My curly-blonde-haired, also blue-eyed Portia was at the table, eating a massive bowl of Cap’n Crunch.

I could make a pretty convincing argument that Cap’n Crunch was a major component of the meaning of life.

What I did not love was my seven-year-old niece horking down a huge bowl of sugary crunches that had no nutritional value, she’d burn it off in approximately fifteen minutes and then crash.

Another decimated bowl was beside Portia’s, kibbles of cereal and smears of milk all around the bowl on the table.

I said not a word because I knew Portia poured those bowls for her brother and herself. She “made” breakfast, seven-year-old-style, and did the best she could.

She had milk on her chin when she looked up at me and replied, “Hey, Auntie Ryn.”

I smiled at her and then looked down at Jethro.

“Right, want your face cleaned up, bucko. Anything you need to take to school today?”

He looked like he was concentrating, hard, to remember if he was supposed to take anything to school.

Then again, it wasn’t his job to keep track of that. Not yet.

“She needs quiet.” Having been reminded of this fact by me, he was still whispering.

But at his words, Portia made a noise like a snort.

A lot like the sound I was making in my head.

Though I didn’t want Portia having this reaction about her mom, I had to admit, my niece had been displaying signs of impatience that were about twenty years older than she was, and she’d been doing this for a while now.

I ignored her and said to Jethro, “I’ll be real quiet when I ask her. Now go wash your face. And your hands.”

He nodded and ran off, so I looked to Portia.