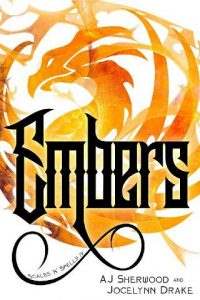 Non-binary MC, Grumpy and Sunshine, it’s basically the air we breathe, Gunter needs a hug, Nikki likes to give them, crippling crush at first sight, Nikki has trust issues, for good reason, Nikki’s determined, Gunter is oblivious, mis-used poetry, Alric and Gunter are once again banned from drinking together, ever, schmoop, wall sex, the tongue thing is awesome, all hail Gunter’s tongue, violence, because bad guys, Nikki feels that explosions are an appropriate response to everything, Cameron and Nikki are explosion buddies, Nikki has mixed feelings on high heels, fairytales do come true

Gunter roared, sending a blast of dragon fire at another building. Concrete exploded under the heat, and buried timbers burst into flames. Jaeggi mages screamed and ran, scattering like little insects to new hiding places.

There would be no more hiding. The dragons and mages of Burkhard, Valerii, and the Sodalicium had descended on the Jaeggi to deliver justice at last. After five hundred years, the last of the Jaeggi would be destroyed.

But the first priority was finding their lost dragon.

Where the hell was Ravi?

Sora was determined to magically rip the Jaeggi apart until Ravi was found, and Gunter thoroughly approved. Ravi might be a troublemaker and a danger to his library, but he was still a brother—he was family—Gunter had known most of his life.

If something had happened to Ravi...

If they were too late...

Gunter shoved the thought aside as his stomach twisted with more fear and pain. They weren’t too late. They’d get Ravi back.

Flapping his wings, Gunter headed higher to turn and make another pass over the compound. Maybe there was a hidden location. That could be where they’d imprisoned Ravi.

His dragon was trying to suggest that maybe more fire could be used to burn away the hidden bits, but Gunter ignored the suggestion. His dragon believed fire was the answer to everything.

As he completed his turn, a familiar blue streak caught his eye. Gunter blinked a couple of times at the sight of Ravi darting up alongside him.

“Hey, Gunter!” Ravi called out in his usual happy-go-lucky tone, as if he hadn’t been kidnapped by the Jaeggi and scared his entire clan to death.

“Ravi! Where have you been?” The demand might have been softened by Gunter tilting his wings and stretching out his neck so he could bump his snout against the side of Ravi’s head. He’d never been so relieved to see the bundle of mischief in his life. For the first time in...well, ever, he felt like hugging his friend tightly.

Ravi laughed and returned the gesture. “Sorry I missed all the fun. I need to see Alric and Sora. I also need you to protect them,” he finished, shoving a small, slender blond human at him. Gunter hadn’t even noticed Ravi carrying a rider. His focus had been on the dragon.

An utterly undignified sound escaped Gunter, but he couldn’t not accept the poor creature. And wasn’t it just like Ravi to hand a human off mid-flight and not think of the dangers? Ravi’s passenger looked as panicked by this maneuver as he was, but Gunter got a firm grip and didn’t let go. He automatically tucked the human—no, mage—close. Now that Gunter was holding the mage, he could clearly smell the magic wafting off his body. Ravi had found a mage who didn’t belong to the Jaeggi Clan. This was a doubly good day then. New mage and a safe Ravi. If they could destroy the Jaeggi once and for all, it would be the best day ever.

But first, what the devil was he supposed to do with the mage?

Gunter softly grunted and nodded. That was enough for him. He tightened his fingers, careful of his talons so he didn’t harm his passenger. If he’d come out of that mad, chaotic battle from below, then Gunter wanted to make sure Nikki was alright. He turned in his flight, heading to the back of the line where he could safely set down, get someone to check the mage over.

Very carefully, he landed outside the battlefield where a small group of mages had set up a triage and healing center for anyone injured. Gunter attempted to settle Nikki on his feet, but the mage would not be released. It was like being wrapped up by an octopus. Every time Gunter got one limb unhooked, another would latch on.

“Wait, wait! Don’t put me down,” Nikki demanded in a harsh whisper. He looked over his shoulder at the other mages and then tightened his hold on Gunter. “Who are all these people?”

“These mages are from my clan. They won’t hurt you. They only wish to help. They can check you over to make sure you don’t need medical attention,” Gunter explained, but it made zero difference on Nikki’s grip.

“Please don’t put me down,” Nikki pleaded. Panic grew in his voice. “I really, really don’t want to be on the ground. I’m much safer in the air. Can we please go back up in the air?”