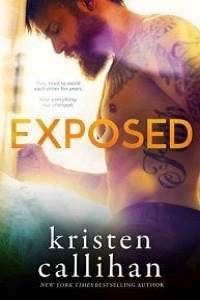 There is a time in a woman’s life when her friends start finding their true loves and suddenly everything is a couple’s deal, complete with private looks and inside jokes that you’re no longer part of, and ugh! Somebody hand me a drink already and get me out of this nightmare.

Not very eloquent, I realize, but that’s my general sentiment at the moment.

I mean, who among us hasn’t watched the great Adam Sandler bellow “Love Hurts” in The Wedding Singer and empathized? Maybe that’s just me. God, I hope it isn’t just me.

Not that I don’t believe in love; I dwell under the blinding light of its shining splendor almost every day. I see the happiness being in love has brought my friends. I’m a believer. But after years of dating, years of searching for that spark and getting only tiny flickers, I’m done waiting.

More to the point, I’m busy.

Even so, I’m in a tetchy funk as I head into my favorite neighborhood bar for a much-needed vodka tonic.

Thankfully, my still-single—and thus not moony-eyed—friend Jules is waiting for me in a booth near the back. It’s Thursday night and crowded with young professionals like myself who just want to let loose and perhaps get laid if opportunity strikes. Unfortunately, I’m also done with hookups. They’ve given me nothing but annoyance and mild regret. The kind you have when you order the dinner special because it sounds fantastic, but it ends up leaving you with raging heartburn.

“Hey,” Jules says with a smile. “I’ve already ordered for us.”

After three years of working together, she knows exactly what I like to drink. And I could kiss her right now for saving me from needing to flag someone down. “You are a goddess of the highest order. You know that, right?”

“Of course, I do. You’re in a mood, aren’t you?” Jules asks as I plop down opposite her.

“I just came back from dinner with Jax, Stella, Sophie, Scottie…” I hold up a finger to ward off her comment. “And Killian and Libby.”

Jules’s nose wrinkles in sympathy. “Stuck in a lovefest, eh?”

“You know it.” And she does. Jules and I both work for Kill John, the best rock band in the world—that’s fact, not opinion, if anyone asks. I’m the head of publicity, and Jules is an assistant to Scottie.

Singer-guitarist Killian is my cousin, and he’s married to Libby, who is an exceptional singer in her own right. Jax, also singer-guitarist, is now living with his girlfriend, Stella, who handles our charity fundraising efforts. And band manager Scottie is married to the band photographer and social media liaison, Sophie. I love my guys. I love my ladies. All of them are my closest friends. That doesn’t mean they don’t get on my nerves now and then.

A server drops off our drinks, and I take a long, cooling sip of vodka tonic before sighing in contentment.

Jules toys with the little spear of cranberries in her pink martini. “How did you end up being the oddball out? Where were Whip and Rye?”

Whip and Rye make up the other two members of Kill John. Whip, the drummer, is a sweetheart but is becoming more and more distant from the rest of us. “Whip is nursing a cold and didn’t want to risk anyone else getting sick.”

I’d missed hanging out with him, but I have the feeling that, like me, he’s weary of all the couple love.

Rye. The bass guitarist. The ass. The constant thorn in my side.

Rye and I can’t spend more than ten minutes together before wanting to kill each other. I guess we both get off on it. It isn’t productive, but we haven’t found a way to stop.

“Date,” I grind out. “If you can call any of his encounters ‘dates.’” Which I don’t. I don’t care who he does or how many he does. I do care, however, about putting sex before our family dinners. Because that’s what we all are: a family of our own making. Not that I particularly want Rye in my family. But the rest of my family loves him, so he’s part of it, for better or worse. The least he can do is show up.

Scowling, I take a sip of my drink. I’m not going to let him get me worked up when he’s not even around. He doesn’t get any more space in my head than he’s already claimed.

Jules leans in, her pretty brown-hazel eyes shining in sympathy. “You want to fall in love.”

It feels as though the entire bar holds its breath, which is weird since no one is paying attention to us. Or maybe it’s just the way Jules watches me intently. I find myself laughing, the sound full of snark.