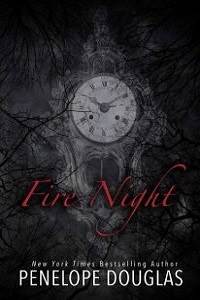 “There are chords in the hearts of the most reckless which cannot be touched without emotion.”

-Edgar Allan Poe, “The Masque of the Red Death”

I always loved my parents’ house. I was the only one out of my friends who didn’t mind being home.

Michael’s home life had bored and aggravated him, and Damon wanted to be wherever we were. Will had it pretty good growing up, but he’d needed action. If trouble didn’t find him, he’d go looking for it.

I’d wanted to be home, though, and years later, there was still a comfort in walking through the front door of the house I grew up in.

“Ah!” A distant roar boomed as I stepped inside.

I smiled as I closed the door behind me, recognizing Banks’s growl. She was in my father’s dojo, either winning or really losing.

Inhaling, I drew in the clean scent of fresh air and leaves, the whole house permeated by the smell of the herbs and plants my mother grew in the solarium off the kitchen.

I reached out, brushing the philodendron tree and bamboo palm as I walked down the hallway.

While the exterior of the house blended with the English country estate-style of the other homes in the neighborhood, the inside was very different. The uncluttered, clean, minimalist design suited my father’s taste. Natural elements like plants, stones, and sunlight brought the outside in, which helped during the long winter months indoors.

But whereas the Japanese-style favored white and bright, my mother’s influence was evident, as well. Dark teak floors, rugs, and color splashed about here and there. It always felt like you were walking into a cozy cave. My parents were good at compromise, and I always felt safe here.

Candles glowed inside their sconces on the wall, ready for Fire Night. Christmas wasn’t for a few days, and while my parents didn’t really rush to indulge the new yule tradition in Thunder Bay, they knew Jett and Mads loved it, so they obliged.

I brought my hands up, blowing warm air against my chilled fingers, feeling my icy wedding band.

Peering around the corner, I leaned against the door frame and watched my mom turn away and laugh as my daughter threw a pinch of flour at her, her own nose and cheeks dusted with powder, too.

I dropped my eyes, seeing my daughter’s bare feet sticking out behind her as she knelt on a stool and continued kneading the dough. Eight years ago, I could fit those things in my mouth. She was growing too fast, and I kind of wanted time to stop.

Or I wanted more kids.

That was until I went over to Damon’s house and then I’d be running out the front door ten minutes later with a migraine. Their nanny day drank, and I wasn’t even going to pretend that I didn’t understand why.

I watched my mom and my daughter working side by side, just happy they were happy. Mads had come along with his mom and sister, but he was nowhere to be seen at the moment. Probably tucked away in the wine cellar, reading. He had a nook to hide in at every house. A corner deep in the garden maze at home. A closet at Damon’s. The gallery at St. Killian’s. A window seat behind the drapes at Will’s.

While I worried about him in ways I didn’t worry about Jett, I always knew where to find him. He never scared me.

“I gotta go to the bathroom,” Jett announced, hopping off the stool.

“Wash your hands,” my mom told her.

Jett scampered to the mud room, wiping her flour-coated hands on her little apron, and closed the door.

I stepped into the kitchen. “You’re a good mom, you know?”

My mom glanced at me, pausing with her hands in the bowl.

“You should have had a house full of kids,” I told her.

She smiled to herself, working the dough as I came up behind her and wrapped my arms around her shoulders. I tucked my chin into her neck playfully.

“You were enough,” she said.

I chuckled, appreciating the jest even though she wasn’t really lying. Getting arrested and imprisoned was hell for them, and I was ashamed enough for the disappointment and heartache I’d caused, but even more so since I was their only child. I hated myself for not doing better.

I glanced down at the small silver pendant hiding behind my mother’s apron. St. Felicitas of Rome. I squeezed her tighter, and she paused, letting me.

She loved being a grandmother.

“They still in the dojo?” I asked, pulling back and plucking one of the slices of a mandarin orange from the little bowl that was probably Jett’s snack.

I stuck it into my mouth.

“My wife can take that old man.”