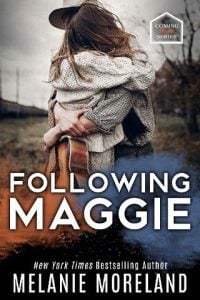 Airports were lonely places in the dark of the night, but especially so in the middle of a snowstorm. It was unnaturally quiet and empty with all the planes grounded, the skeleton staff talking quietly among themselves.

With a sigh, I shifted my backpack higher and moved away from the counter toward the window. Outside, the snow beat against the panes, the wind wild in its fury. I leaned my aching head on the cold glass, watching the storm swirl and rage outdoors.

Turning around, I scanned the terminal. People were scattered everywhere—those who were silly or hopeful enough not to listen to the reports of the sudden storm and plane cancellations were now stranded, or those, like me, who hadn’t been able to get a hotel room. My plane should have flown around the storm and been fine, except for the unexpected problem with the engine, forcing an emergency landing just before the airport closed to all traffic. I had been in the back of the plane, and by the time I’d made it to the front of the line, the hotel rooms the airline was able to provide were long gone. I had accepted the travel voucher for another flight, a food voucher I could use in the terminal, and their apologies with a smile. The woman I was talking to managed to grab me a small pillow—smiling in gratitude when I told her I already had my own blanket in my pack. Listening to the people cursing and complaining at the airline staff, I was flummoxed. It wasn’t as if they caused the storm preventing us from getting out of the city or the fact that because of the same storm, they couldn’t even take us off the airport grounds.

I glanced at all the people, noticing most of the seats and spots against the walls were taken. The terminal was well lit, and numerous people were sleeping or using their phones and tablets. There were even long lines at the few payphones still in the airport as people tried to contact their loved ones. I felt the sudden rush of sadness. I had no one to call. No one was waiting for me to come home or cared where I was or that I would be late arriving at my destination. I pushed down my sadness and concentrated on what I would do until my flight was able to leave.

Investigating, I noticed an escalator leading down to some of the other, smaller gates. I paused, looking over my shoulder—I could go back through security into the larger main terminal. It probably wouldn’t be as busy out there. I could find a spot to sit and watch the storm, but then I decided I would see enough snow over the next while, and what I really needed was some sleep. I headed down, wondering if perhaps it might be quieter below. At the bottom, I hesitated, then grinned in relief, because the area was almost deserted. The lights were dimmed, there was no staff at the gates, and only a few people were relaxing in chairs. I walked to the far corner, sitting down in one of the empty rows and pulling my backpack off my weary shoulders. Leaning forward, I stretched out my back with a small sigh of satisfaction. Sitting back, I closed my eyes, only to realize I should have taken a couple of Tylenol. With a groan, I got up and found a water fountain, swallowing the pills I had dug out from my pack. Seeing as I was right beside a washroom, I went in and washed my face and hands, brushed my teeth, and ran a comb through my hair. Feeling a bit fresher, I made my way back to my little corner, frowning when I saw I had company.

Across from my spot, a man was stretched out, already sleeping. His legs were bent at a funny angle, pulled tight to his body, and his head buried on his arm that was tucked under a scrunched-up jacket. On the floor beside him sat a bulging backpack resting against the seat and a battered guitar case. He was dressed in a white T-shirt and jeans, his feet clad in dusty work boots. The way he was curled up, his T-shirt had ridden up over his pants, exposing a wide expanse of his naked back. His jeans were pulled down, the waistband of his underwear peeking over the edge. Tilting my head, I read Fruit of the Loom written across the banding. Feeling like a stalker, I found my eyes drifting lower, settling on his ass.