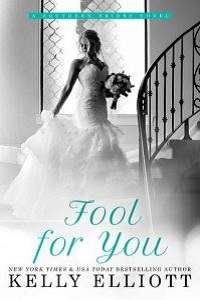 I STOOD WITH My fists clenched at my sides, glaring at Luke Phillips in the courtyard outside of school. “You take that back now!”

“Landon, not again,” Emmerson said as she ran up to me and started to pull on my arm. “Let’s go. It’s not worth you getting into trouble again.”

“You take back what you said about Emmerson, or I’m going to bust your nuts.”

My sister Hailey appeared next to Emmerson and sighed. “You really need to work on other threats, Landon.”

“What’s going on?” asked Emmerson’s younger brother, Noah, as he walked up and stood on my other side.

“All I said was I thought Emmerson was cute, and I wanted to kiss her,” Luke stated, shrugging his shoulders.

Noah threw his books down on the ground and put his fists up. “You even touch my sister and I’ll crack your skull open.”

“You know that neither of y’all will ever have a boyfriend,” someone said from behind me; I assumed they were speaking to Emmerson and Hailey.

Emmerson stepped around and stood directly in front of me. “Landon Mitchell Lewis, stop this right now. I don’t need you or Noah defending me.”

I looked around her and glared at Luke.

“Yeah, why don’t the two of you just leave!” Luke shouted, gaining courage from Emmerson sticking up for him.

Emmerson spun around and took a few steps forward until she was face to face with the jerk. “And as for you, I wouldn’t kiss you if you were the last boy in Texas!”

“That’s not what I heard,” Luke snickered.

Before I could make my move, Luke was down on the ground covering his nose.

“Oh my gosh!” Hailey shouted. “You broke his nose, Emme!”

I glanced at Noah, and he glanced back at me. Then we both turned our attention to Emmerson, who was shaking her fists and staring down at Luke.

Emmerson pointed her finger and said, “That will teach you to spread rumors, you little twerp.”

“What is going on…oh my goodness!” Mrs. Hathaway said, coming over to help Luke stand up. “Your nose is bleeding!”

Luke pointed at Emmerson. “She hit me, Mrs. Hathaway. Emmerson hit me!”

Emmerson turned and looked at me and Noah, put her hands on her hips, and declared, “I am perfectly capable of taking care of myself. I don’t need you two doing it for me.”

“Mrs. Hathaway, Luke was saying terrible things about Emmerson. Mean things!” Hailey called out as she took Emmerson by the arm and led her in the direction of the school.

“Looks like I’ll be calling your parents yet again,” Mrs. Hathaway stated while a teacher’s aide walked Luke to the nurse. “Won’t they be surprised to hear it was you and not your brother Noah throwing the punches this time.”

As they walked away, Emmerson glanced back over her shoulder and looked at me. When she smiled, I couldn’t help but laugh.

Someday I was going to marry Emmerson Wallace, and no boy would ever dare mess with her again.

Once I got back to my classroom, I tore a piece of paper out of my notebook and wrote her a note. With a smile, I folded it up neatly and wrote her name on the back.

No matter what Emmerson said, I would always stick up for her, and I would love her forever.

A SINGLE HAND waved in front of my face, drawing me out of my thoughts.

“Where did you go?” my father asked with a slight chuckle.

I shook my head and smiled. “Sorry, I was thinking of something I need to take care of later.”

My father pulled on the wire as I put a tie around it, twisting it onto the fence post. “Everything okay?”

We worked in silence for a little bit before he clearly couldn’t take it anymore. “Want to talk about it? Is it Grace?”

It was my turn to laugh. If there was one thing about my dad, it was his knack for knowing when something was wrong with one of his kids. Hailey and I could never really get away with anything because our father always seemed to know when we were hiding something. My dad was, once upon a time, one of the most eligible bachelors on the NASCAR circuit. He had everything. Good looks—which I’ve been told I have inherited—money, and women. His heart always belonged to his childhood sweetheart, though. My mother, Adaline Lewis. But everyone called her Addie.

My father’s brown hair had hints of gray mixed in, but his eyes were the same color as mine. Blue or gray depending on the day, my mother always said.

“Dad, Grace and I broke up a few months ago, and we weren’t that serious anyway.”

He paused what he was doing and frowned. “You did?”

I stood and wiped the sweat from my forehead. “I need a drink.”

Dad followed my lead as we made our way over to my truck. I grabbed two bottles of water and tossed him one.