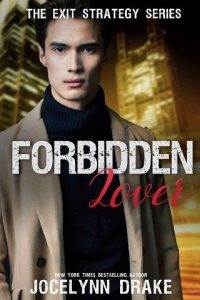 There was a dead body in his bathtub.

Devlin Relic’s first thought was that this had to be a sick joke.

His second one was something along the lines of Thank God I just dropped Jake off at summer camp. His eight-year-old son did not need to see this.

Standing in the middle of the master bath, Devlin stared at the body, the initial shock giving way to confusion and no small amount of fear.

There was a dead body in his bathtub. And it was just a body to him. He didn’t recognize the man with sandy blond hair and a ghastly pale face with an overall gray pallor. His eyebrows were bushy, like miniature haystacks above his closed eyes.

A person’s eyes didn’t naturally close with death. Someone had to close them.

Of course, there had to be an additional someone in this equation. It wasn’t like this poor, confused fellow had broken into Devlin’s house, wandered upstairs, climbed into the bathtub, and expired all on his own.

The gunshot wound in the center of his chest was a clear sign he’d been killed. The corpse’s charcoal-gray shirt was deeply stained across the front, and a couple of black buttons were missing.

Devlin edged a little bit closer, one cautious step at a time. The cadaver’s chest didn’t rise and fall with a single breath, though Devlin was nearly panting with his rising panic. He looked as if he might be financially well-off. His clothes appeared to be of good quality, and the watch on his right wrist was extremely expensive. A businessman, then.

At least Devlin was pretty sure he was dead. Fuck. He needed to be absolutely sure.

Edging closer again, Devlin extended three fingers and carefully pressed them to the man’s neck. He didn’t even need to press hard enough to locate where his pulse should have been. The abnormally cool temperature of his flesh and the overall stiffness of his body were obvious signs that the man was dead and had been for at least a while.

He jumped back and immediately rubbed his fingers on his jeans, needing to be rid of the feel of the dead man’s skin.

This was all wrong. Why in the world was a dead man in his bathtub?

It didn’t matter. He wasn’t going to stay there.

Pulling his cell phone from his pocket, Devlin retreated to the first floor and the living room to call the police. Someone had broken into his house and deposited the body for reasons he couldn’t begin to understand, but there was no question that this was a problem for the police.

Not that he had any desire to call them. After being framed for the death of his husband Adam and nearly killed by a former business associate, Devlin wanted nothing to do with the police, but it wasn’t like he had much choice in the matter. They would at least be able to take the body away, figure out who he was, and start investigating his untimely death.

Forcing himself to take a deep breath, Devlin focused on a plan. He would call the police. They would investigate and take the body away. From there, it would stop being his problem and it would become their problem. That was easy enough.

Except, none of it was turning out to be easy.

It took three tries just to explain to the 9-1-1 dispatcher that a dead body he didn’t recognize had been discovered in his house. When he was about to explain it for the fourth time, he settled on just telling the dispatcher that someone had broken in.

Fifteen minutes later, he was letting cops in and leading them upstairs to the master bathroom where…the bathtub was now empty.

“Mr. Relic—” the cop started in a weary, annoyed voice.

“Do not take that tone with me!” Devlin snapped. He spun around, stabbed a finger at the cop who had spoken, then directed it at the other one, who was making notes on a small notepad. “I am not crazy, and I’m not making this up. I returned home from dropping off my son and-and-and there was a body in my bathtub!”

“Camp,” Devlin snarled between clenched teeth. “And no! Of course there wasn’t a body in my tub when I left. I’d never seen this man before in my life.” He launched into another lengthy description of the poor dead man, trying to pull more details from his frazzled brain, but it wasn’t easy when it was still screaming over the fact that the corpse was gone!

How had the dead body disappeared?

He had not hallucinated it. There was no way his mind would play tricks on him in this fashion. This was insane. For the body to disappear, the person who had left it there had to have still been in the house when he came home and simply waited for him to return downstairs prior to moving it.