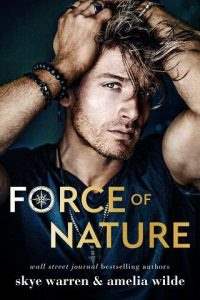 Carter Morelli survived a dark childhood and dangerous missions. But when he emergency lands a small aircraft on the ocean, he faces something worse: having someone depend on him. He has to keep innocent June Porter safe on the deserted island.
Except they aren’t alone here…
A man hides among the broad leaves. He’s almost feral.
There are secrets in his cabin. Desire, too.
Carter doesn’t want to care about beautiful June. He doesn’t want to care about the mysterious and sensual man who’s almost part of the wilderness.
Scorching chemistry draws all three of them deeper.
They already survived the plane crash, but will they survive the fall?

Welcome to the Midnight Dynasty world… The warring Morelli and Constantine families have enough bad blood to fill an ocean, and their brand new stories will be told by your favorite dangerous romance authors.
WARNING: This book is intended for readers eighteen years old and over. It contains material that some readers could find disturbing. Enter at your own risk…

The only perk of this mission is that I get to fly the plane.

No hassle. Walk out to the tarmac, perform safety checks, climb in. I can be in the air inside an hour. I could be alone ten thousand feet above the widespread ocean.

Unfortunately for me, this isn’t a solo mission.

I’m waiting at Heathrow, killing time in a fancy private lounge, the kind with white tablecloths and top-shelf liquor included in the membership. A harpist plays in the back of the dining room. This is where I’m waiting for June Porter, the wildlife photographer.

That’s all the information I have about the passenger.

Officially, I’m nothing more than an escort. Someone who can fly the plane and interface with the researchers working in Mauritania. I’ve never met them, but I’ve worked with their sister organization when researching Zostera noltii, a fascinating species of seagrass that grows underwater.

My stated purpose is to make sure the inexperienced new photographer hired by the Biology Department at the university finds her way around. The grant that pays her salary is part of a bid to bring awareness to the way our research programs protect rare species around the globe.

That’s what it says on the flight manifest.

Unofficially. I have a very different purpose on this trip.

It’s nothing that June Porter needs to know about, though. Who is she? I don’t know, and I don’t particularly care. She’s cargo on this mission. Living, breathing cargo. Probably someone bookish, used to taking photos in lecture halls and laboratories. She probably wears what most of my colleagues wear—tweed and herringbone. It’s a uniform, really. Professors are just as shallow as anyone else. We have an academic reputation to uphold, including our matching wardrobes. I don’t mind it.

Though in my case it’s less of a uniform and more of a disguise.

Right now I am not wearing pleated pants or a wool jacket. I’m wearing ripstop pants that will stand up to the flight, landing, and first few days in Africa. And a black T-shirt that will be comfortable for the flight.

The lounge is pleasantly cool. It won’t be like this at our destination. The facility has air-conditioning and plumbing, which makes it nicer than some places I’ve visited in my research. We’ll be comfortable enough, though that’s not the point. That’s never the point.

The airport lounge doors slide open. I turn my head at the sound and immediately I know this is who I’ve been waiting for, except it’s not a serious middle-aged woman.

And she’s not wearing any tweed.

It’s a young woman. Pretty. Delicate. Blonde. And she’s wearing a lace sundress. What the fuck? A lace sundress? We’re going to the desert. She has a parade of people following her, porters from the airport who I know are not supposed to be hauling around this woman’s luggage. There’s a metric fuck ton of it. Two full-size suitcases. A duffel bag. A smaller duffel bag.

She wears a camera case strapped over her shoulder that looks about half as big as she is.

“Mr. Morelli?” Her face lights up with genuine delight that feels almost embarrassing. Almost everything about her expression says I’m thrilled to see you, which is a mistake. June Porter isn’t from New York City, clearly. If she was, she’d know better than to be excited when she saw someone who looked like me standing in an airport lounge.

Then again, she’s not even from London, given her accent.

“That’s me,” I answer. How the fuck are we supposed to fly when we’re weighted down with all her things? The research facility is utilitarian, understaffed, and overworked. I’m not going to carry this shit for her.

The porters arrange her luggage at her feet.

“Thank you,” she murmurs, pressing a generous tip into their hands. She looks them in the eye as she says it. It’s sweet. Too sweet. I find it irritating and irresistible. Irritating, because she’s not looking at me anymore. Irresistible because it’s so genuine. Someone like this needs to be protected from the world. I suppose that’s why the university asked me to escort her. I’m going to be a glorified babysitter.