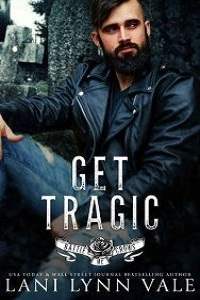 Fuck you and your job and your sister and your dog.

-Or however that song goes.

When your brother sells you to get rid of you, you should know that you’re not a very likable person.

At least, that was what he’d overheard the mother say to her daughter a few moments after seeing her again after she’d had to rescue herself from a kidnapping.

They—the police, not her mother—had been nice enough to pay for her flight to get her back to her dad’s house. Why her dad’s, and not her mom’s and stepdad’s house, where she’d lived the majority of her life?

Because her mom and stepdad were on vacation in the Bahamas and had been there for going on a month now to celebrate ten years of marriage. They’d only flown home to make sure that whatever bullshit the press scrounged up made them look good. Once they knew they were in the clear, they’d flown back to their vacation, leaving their traumatized daughter behind.

If I’d had my way, I wouldn’t have allowed her to leave my sight at all.

In fact, very rarely lately did I get the choice to do anything that I wanted to do.

Like kill O’Ryan, the so-called ‘brother’ of Banger Crest.

But after hearing from his superiors in a meeting with the top dogs of the FBI that not only would O’Ryan be going into protective custody because he’d copped a plea deal, but also because O’Ryan was connected AF? Well, let’s just say I’d no longer decided to be the better person.

All my life, I’d been the one that’d taken the hits, but never served them back karma style in retaliation.

But after seeing that look on Banger’s face, hearing her mother’s words, and realizing that the FBI wasn’t going to do a damn thing to help?

My faith in the FBI was no longer where it should be.

After Banger got home, and returned to normal life, I’d tried to let it ride.

I’d tried to forget about her.

I couldn’t let it ride.

Found who I had to find after he’d been entered into a witness protection program.

And the moment he sang like a canary and thought he would be free, I made sure to let him know his assumptions were wrong.

He wouldn’t ever be free again.

And I took him to the one place that I knew they could make sure of it.

Where I eventually became a fully patched member and joined the wrong side of the law.

To Whom It May Concern:

This is an anonymous letter sent to you by someone that felt that you needed to know what will be said in this letter. It was not sent in a malicious way, but in a way that clearly shows that anonymous wants to help. Not hurt.

A long time ago, when they started coming to the gym, it was their happy place. Their one place that they could go to relax, unwind, and get a workout in. But it’d also turned into a family environment that they could stay at for hours if they wanted to.

However, my client feels that the gym is no longer that for her.

Lately, the coaching has been poor. The place has fallen into disrepair, and it has come to her attention that you have been very open and uncaring about how you can’t afford to ‘coddle’ the athletes.

She feels like you have become a different person after your divorce, and that you no longer care about anyone or anything but the fact that your ex-wife has ‘ruined your business.’

In the last two years, you’ve not once updated a single piece of equipment, and it’s become common knowledge that your gym is one of the ‘roughest’ in the city because of your lack of updates to the facility.

There are a lot of members talking about leaving because of the lack of cleanliness, too.

Please, do not take this anonymous letter in the wrong way. She’s coming from a place of love. And just wants her gym to go back to normal.

Please consider hiring lawn services, cleaning crews, and putting a little money back into the gym so your clients won’t leave you.

From there, I folded it, stuffed it into an envelope, then placed it on the shiny bar next to the other stack of letters that were to be sent out once the mailman arrived.

Then I sighed and looked at the spot in the bar top that I usually avoided looking at with all my strength.

But it was futile. I looked at the place where my sister, Faye, had always sat and cheered me on. And felt my stomach clench.