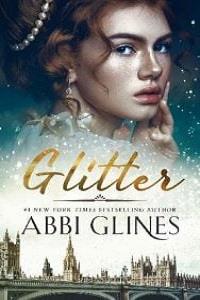 One would believe that being given the chance to go to London and be thrown into the marriage mart, with fancy gowns and a pretty face being all you truly needed, was the most brilliant moment in a girl’s life. At least, if they were listening to my mother speak of it. If one cared to hear my opinion, which they obviously did not, then they’d get a different description. I didn’t care for all the silliness a season in London promised. Who wanted to be squeezed into ball gowns that were terribly heavy and uncomfortable, added to the weight of the hair piled high on top one’s head and laced with pearls, flowers and the like? It all sounded dreadful in a way that I would very much like to miss every last aspect of it.

“Just to dance among all the loveliness would be truly magical. Can you imagine the way they all shine and glimmer?” my twelve-year-old sister Whitney said in her dreamiest of voices. The guilt came as it always did. A reminder that what I wanted nothing to do with was the one thing Whitney wanted so desperately, yet would never experience. The limp that remained to this day, after a dreadful fall from her horse when she was nine years old, would keep her from dancing in a ballroom. She would never have a dance card on her delicate wrist filled with men who wished to spend a moment in her presence. She would never be seen for the true beauty she was, unless I changed it all. Me, it was all up to me to ensure my sister had the life she dreamed of and I’d do anything for her. Even sacrifice my own.

I placed a smile on my face before turning to look at her. She was sitting on the settee in the bedroom we shared, watching as I packed my things. Since the death of our father last year, our world had abruptly changed. Mostly due to the fact my father was a gambler and left us in debt. Along with no more servants, we also had no silver in the house. Mother had sold all she could find of value to keep us fed and pay off my father’s debts. I didn’t mind the simpler way of life. In truth, I embraced it. Less fuss and worry over dressing. No formalities at dinner. It was an unexpected ease that I felt we were lucky to experience. I didn’t mind fetching my own breakfast and serving my mother and sister the meals I managed to prepare. Although I had many failures in the kitchen thus far, I had become adequate at making a proper pot of tea.

London would not be so easy.

“You’re going to turn London on its ear, Miriam,” my sister said with excitement in her voice. “I so wish I could watch it all unfold.”

The wistfulness held a touch of sadness and I wanted nothing more than for Whitney to have all she wanted. I’d often felt the need to scold God for letting it be Whitney that was left with a limp and not me. For I would be quite happy living a life alone in the country, writing novels and enjoying the solitude. I wasn’t fond of people in general. It was as simple as that. They annoyed me with their behavior. I preferred truths and I had found very few who spoke the truth. Most only worried over how they appeared to others. All but Whitney. She was a perfect creation, if there ever was one: selfless, kind, intelligent, hopeful. Her presence lit up a room. I’d yet to meet another person like her. She was the true gem in this family and I would make sure she had her moment to shine.

I had none of her qualities; my mother would agree with me. She often scolded me for my sass and rude behavior. I loved our mother, but she wanted things for me that I didn’t want for myself. It caused great strife between us with every year that passed. Once I yearned to have Mother look at me with the same love she did my sister, but over the years, I realized whereas Whitney was easy to love, I was not.

Whitney’s sweet voice was the one thing that kept me in check when Mother started in on me about my manners and behavior. I didn’t want to let Whitney down. It might seem inconsequential to others, but they hadn’t lived in our home nor did they understand this family and all we’d been through. Our father had not been happy with either of his daughters. He’d wanted a son.

He had gotten his wish when I was born, for I was a twin. However, my brother didn’t live but for a few days. More than once in my life, I heard my father say he wished it had been me that died. It had left me damaged in a way I dare not admit to anyone. I often wondered if my father had loved me, would I have turned out more like Whitney. He had simply ignored her, but at least she’d never been on the receiving end of his harsh tongue. Her gentle nature made it impossible to find fault in her behavior. It made it easier for me to accept when our mother showed my sister the affection I knew she required. Whitney wasn’t thick-skinned like I was and she would never survive being the unwanted disappointment.