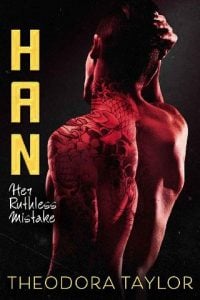 BRAD: Are you coming or what? Dad’s got places to be, and I have to pack for a flight out tonight.

My heart crumpled as I read the text.

I’d been so excited this morning. I’d woken up with a bright feeling inside my chest—like I could do anything and that my future was as wide as the ocean. I’d finally saved up enough to buy my old coach’s surf school and camp. But then….

I’d come home after my morning surf class and found my father lying on the floor of our living room. Bruised and battered and embarrassed as hell.

Jazzy, I made a terrible mistake with all that money your sister gave me to cover the bills. I’m sorry, I’m so sorry….

A hard voice asked nearly the same question I’d gotten on the phone from my ex-boyfriend, Brad, the son of my old surfing coach. And I looked up to find cold, hard reality disguised as a bouncer.

Behind the reality mountain stood the Aloha Ballers Gentlemen’s Club. A two-floor white stucco building, it had a giant neon sign on its street-facing wall that featured a hula dancer gyrating against a stripper pole. So, you know, classy!

Just a couple of years ago, if any of the squeaky-clean brands I used to work with caught me standing outside this place, it would’ve lost me a few sponsorships.

I shot off a quick apology text to Brad:

Something came up. Can’t make the deal. Tell your dad I’m sorry.

Three sentences. Three sentences were all it took to kill my hopes and dreams. My stomach twisted, threatening to cave in as I pressed the send button.

But then the bouncer said, “In or out. Make a decision.”

His tone was awfully rushed for a guy sitting on a stool outside of a strip club with no line. But his lack of patience was probably a mercy.

It reminded me that I didn’t have time to regret my choice. It wasn’t even a choice, really. If I wanted to save my father, I had to go inside.

Enough stalling. I shoved my phone into the back pocket of my cut-off shorts, thrust my chin into the air, and told the bouncer, “I’m here to see K Diamond.”

“Me and the guys have been talking about it. This job is so easy. My father didn’t even have to send you. We’ll handle it ourselves. Just give us the names of the targets, and you can go back to the mainland.”

All the eyes in the bar area of the Aloha Ballers Gentlemen’s Club shifted to Han after Kris “K Diamond” Kuang said this, their stares pressing into him like red targeting lasers on guns. The men standing behind Kuang Jr. hovered their hands near their guns in anticipation of Han’s response. And the handful of men Han had brought with him to Oahu did the same.

The Hawaii arm of the 24K might favor a much more casual look than The Silent Triad—they wore baggy shorts and tees while Han’s gang sported suits. But their weaponry was just as sophisticated and three times as lethal since they outnumbered Han and his men three to one.

Moreover, Han doubted that Kuang Jr. had also outfitted his men with silencers as The Silent Triad did as a matter of policy. So, if this request wasn’t handled with the utmost care, this situation would get noisy and very messy. Lives would be lost, and jail time would most definitely be served.

This was why, despite Kuang Jr.’s claim to the contrary, Han knew the son of the 24K’s Dragon couldn’t handle the job the older Kuang had sent him down here to do.

Which was a shame because he was just as annoyed about having to come here as Kuang Jr.

The Silent Triad didn’t traffic anything that could breathe. That was the policy Han had insisted on before agreeing to his brother’s proposal to found their own triad. So, he would’ve gladly handed over the mission to hunt down and discreetly kill all the possible witnesses in the sex trafficking case the state of Hawaii was bringing against the 24K. If it were up to him, he’d give Kuang Jr. the target list and catch the first flight back to Rhode Island.

But it wasn’t up to him. Coming down here had been a personal request from the 24K Dragon himself, The Silent Triad’s most valued business partner. He hadn’t believed his son could handle the matter discreetly, and standing in front of the son now, Han couldn’t disagree with the older Kuang’s assessment of the situation.

Kuang Jr., as The Silent Triad called him behind his back, didn’t appear to be in any way acquainted with the word discreet. All of the men in both their triads sported tattoos, but Kuang Jr.’s were garish and a little too American. Topless women sleeved both muscled arms hanging out of his neon yellow sleeveless tracksuit jacket, along with a mishmash of Louis Vuitton symbols and roses dripping blood.