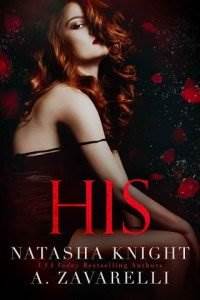 Blood splatters across my face, and I scream, turning my head away as I drop to my hands and knees again.

Another shot is fired, and I fall flat, my hand sliding in something wet and slippery. I scream, and when my scream ends and the sound of bullets is an echo, I roll onto my back, my head heavy, vision fading as I realize something. The thing that terrifies me more than anything else.

The thought of why that could be twists my stomach, and I open my mouth to scream, but the sound that comes isn’t human. It’s ugly and hoarse and like that of a wounded animal. A dying one.

I blink, seeing movement above me. Someone’s hands are on me, turning me. Instinct takes hold, and I fight. I fight him, but he’s too strong. He takes hold of my wrists and lays my arms at my sides.

He mutters a curse. Another shadow passes over me and I’m lifted off the ground. My head hangs, my arms and legs useless as I’m carried through the living room. Two bodies lie on the floor, but I can’t make out who they are.

Blood specks every surface, walls and furniture alike, and just before the icy air hits me, I see those muddy boots. Andrei’s dirty boots.

I’m pushed into the back seat of an SUV. My head lolls against the leather back, and it takes all I have to keep my eyes open. The door closes, and I feel myself slide down toward the opposite corner.

A moment later, that door is opened. I blink, opening my mouth to scream, but it’s Lev. It’s Lev, and I want to cry.

“Shh. It’s okay. You’re going to be okay.” He’s wiping my face with a wet towel. “I need to get Josh. He’s going to be scared, Kat. Do you understand?”

“Good. We need to clean you up at least a little. Can you do that for me while I get Josh?”

I nod again, unable to speak. I take the towel and look down at my bloody hands. I wipe them, but it’s impossible to get it all off, and I don’t need to see my face to know what it looks like.

Lev is gone, the door closed, but a moment later, he’s back, and Josh is clutching Wally and clinging to him as he sobs in his arms. He stops crying when he raises his head and sees me, but then his face contorts, and my heart breaks as a look of horror distorts his features.

His lip trembles as Lev puts him into the seat beside me, and I don’t think he can speak. I think he’s in shock.

“It’s okay, baby,” I say, wanting to comfort him, but my voice sounding strange.

Lev looks at us, his face one of utter regret. “I have to get Pasha.”

He closes the door before I can ask if he’s okay.

I tuck Josh into my side, and he curls into me, hugging Wally under his arm, thumb in his mouth, his other hand around a lock of my hair and I think he’s going to get blood on him. I think I shouldn’t let him touch me.

“We’re okay, baby.” I try for a soothing voice as I pet his head and he closes his eyes. “We’re okay.”

The passenger side door opens, and Lev helps Pasha in. I can see in the way he walks that he’s hurt, but he manages to turn the visor down and look back at us in the mirror.

“I shouldn’t...have left.” I see the effort it takes him to speak.

Lev climbs into the driver’s seat and backs the SUV out of the driveway. As soon as we’re on the road, he’s making a call. It’s a video call, which surprises me.

A man’s face comes on the screen, and I don’t know how Lev can sound so together, so calm as he speaks. I don’t think the man can see us, but I listen, and I think Lev is explaining what happened.

Pasha takes the phone from his hand a moment later, and I think he’s attempting a joke, but I can hear that he’s in pain.

Andrei must have shot him.

Andrei. What happened to Andrei?

Lev disconnects the call and makes an illegal U-turn at the next traffic light. He glances back at Josh and me, his forehead lined with worry.

“He’s asleep?” he asks, eyes half on the road, half on me in the rearview mirror.