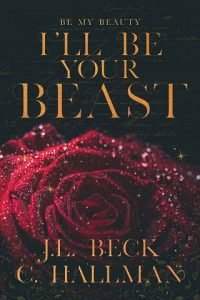 Tilting the flat rock in my hand, I hold it between my thumb and index finger. The lake before me is serene, peaceful. I shouldn’t disrupt something so beautiful, but I can’t help myself. I pull my arm back and throw the rock, making it skip across the water. I count each skip, one, two, three, four…

“Not bad,” Patrick calls from somewhere behind me.

I jump and turn around to find him approaching slowly. Just him being here is enough to make my stomach drop. With a smirk on his face and a beer bottle in hand, he steps closer. Even with all this wide-open space, it feels like I’m trapped in a corner with nowhere to go. I want to take a few steps back to put more distance between us, but I’ll be in the lake if I step back any more. Not that I would mind jumping in the lake to get away from him, that is, if it wasn’t a crisp fifty degrees outside.

“Um, thanks,” I reply, hoping he won’t think it’s an entrance for conversation.

Patrick brings the beer bottle to his lips and takes a sip, his eyes on me the entire time. He’s a good looking guy, in the all-American boy kind of way. Perfect hair, a toned body, picture-perfect parents, and most likely going to attend an ivy league college, all the girls I know would kill for a date with him, but not me. I don’t find him attractive at all.

Matter of fact, I haven’t found a single guy I’m attracted to enough to even want to kiss him. Sometimes, I seriously think there is something wrong with me.

“Why did you sneak away from the campfire?” he whispers.

To get away from you.

I didn’t care a lick about the music. I wasn’t even bothered by the other girls dancing like they were strippers, rubbing on the guys, and practically dry-humping them. I was only bothered when Patrick started to pressure me to dance like that when I had already told him that I didn’t want to.

“You can dance for me without the music,” Patrick slurs, his eyes raking up and down my body like he is already imagining me naked. It takes a bit of restraint to stop from cringing. I revisit the idea of jumping into the lake but dismiss it quickly. The water is fucking cold, and I don’t want to freeze to death.

“I was actually just thinking about going back.” I brush past him.

“Wait.” He reaches out and latches onto my arm, pulling me backward. “The party is lame. Let’s hang out here for a bit, where it’s more private.”

My whole body recoils at his touch, his scent, and the sound of his voice. Everything about him makes my skin crawl. Patrick either doesn’t see it in his drunken state, or he doesn’t care. Either way, I need to think of something quick so that I can escape this situation.

“Sure, why not… but first, I have to go pee.” I force my lips into a smile even though it’s the last thing I want to do.

His eyebrows rise in question, almost like he doesn’t believe me. Thankfully, he releases my arm a moment later.

Spinning around, I walk away from him and into the woods. Leaves crunch beneath my feet with each step that I take. I’m going in the opposite direction of the party, but I don’t care. All I care about is getting away from Patrick.

As soon as I’m out of sight, I start running.

I regret my choice of footwear for the night almost immediately. My worn-out flats give me very little stability as my feet slam into the unforgiving forest floor.

I squint my eyes as I run. The sun is setting, making it harder and harder to see where I’m going. The trees rush past me, and a small branch comes out of nowhere. The pine needles slap me in the face, and a hiss of pain slips past my lips—stupid tree.

After a while, my lungs start burning, and the bottoms of my feet ache.

I come to a stop and press my back to a tree to catch my breath for a moment. When I peer around the tree, I see nothing but forest. Looking around, I realize that the exact same sight greets me in every direction I look.

Dread fills my veins as I realize that I’m probably lost.

No, not probably. I’m fucking lost. In my mind, I try to figure out how long I’ve been running and how far away I might be from the campsite, but I draw a blank.

Then I try to determine if I stayed in a straight line, which I did for the most part. Maybe if I turn around and walk back in the same direction, I’ll end up back at the lake. Indecision weighs on my mind. Even if I run into Patrick, I’ll deal with his drunken ass.