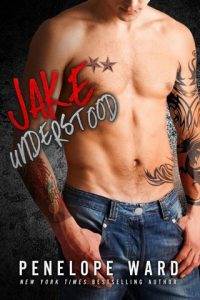 The sound of the door slamming replayed over and over in my head.

My wife walked out on me.

Seven hours and thirty-five minutes had passed to be exact since she’d left, but it felt like an eternity. She said she’d come back when she cleared her mind but didn’t say how long that would take. Nina made two requests before she was gone: not to call her and not to text her.

Not wanting to make things worse, I decided to respect her wishes and spent most of the day staring at the front door from my spot on the couch, hoping that any minute she would walk in and tell me that everything was going to be okay with us.

The truth was I couldn’t blame her for leaving. Nina had every right to be pissed at me. We loved each other fiercely and had gotten into our share of fights over the years since getting married, but never had she physically left me. Last night was the straw that broke the camel’s back.

This day was a long time coming. In fact, I’d been bracing for it from the moment I first met her. Maybe I was a fool for ever believing that she could handle the situation she’d gotten herself into when she agreed to be with me. It was only a matter of time.

The one bit of good news was that our son, A.J., had been at my mother’s when everything went down this morning, so he didn’t have to witness it. I had arranged to have him stay there this weekend for a different reason, so it just happened to work out that he wasn’t here. I’d told Nina that my mother simply missed her grandson and wanted some bonding time. Ma had picked him up Friday afternoon. Nina had no idea that I’d actually planned a party for her tonight. So, this was suckass timing.

She’d recently finished nursing school after taking several years off to raise our son. I was so damn proud of her and thought it would be nice to surprise her by inviting those closest to us to the apartment for an intimate celebration. Our best friends, Skylar and Mitch, would be driving up to Boston from New Jersey and staying with us for the long weekend. My sister, Allison, and her husband, Cedric, were planning to bring food from Erika’s, a dueling piano bar and restaurant on Beacon Hill they’d recently invested in. Tonight was supposed to be one of the most amazing Saturday nights of our lives. It was also why I went to visit Ivy last night—on Friday—instead of my usual Saturday.

That was my first mistake.

A loud knock on the door interrupted my thoughts. My heart began to pound as I leapt up from the couch.

Nina. Baby. You came back.

Nervous excitement transformed into overwhelming disappointment at the sight of Skylar and Mitch standing in the doorway. Apparently, I was so excited to think it might have been Nina, I’d forgotten she would have just used her key instead of knocking. I’d also apparently forgotten to tell them not to bother coming to Boston tonight. There would be no party now. The look of despair on my face must have been instantly obvious.

“Don’t look so thrilled to see us, Jake.” Skylar stomped the snow off her feet and brushed past me. “We’ve been in the car for five hours. I have to drop the kids off at the pool stat.”

Mitch saw my confused face and clarified, “That means she has to take a piss.”

I couldn’t help but chuckle at the sight of little Skylar with a baby hanging from a carrier on her chest. Skylar handed their newborn son to Mitch and ran to the bathroom.

I’d known her since she was fifteen, and she’d always been a spitfire. She never held anything back. In that sense, Skylar was like a female version of me, the little sister I never had. It was hard to believe she was all grown up now, but her attitude was the same as always. As much as today had sucked, I was happy not to be alone anymore.

Mitch gave me our usual manly side hug. “How’s it going, man? You look like shit.”

I patted him intentionally hard on the back. “Thanks, dude. I feel like shit.”

Skylar emerged from the bathroom and plopped down on the red couch before taking Mitch Jr. from her husband. “Where’s Nina?”

I sat down across from them on the leather recliner and rubbed my tired eyes. “She left…this morning.” I swallowed from the discomfort of saying it out loud.

“Hang on.” She lifted her shirt and started to undo her bra.

I instinctively turned my head away. “Uh…do you normally just whip your tit out in the middle of a conversation?”