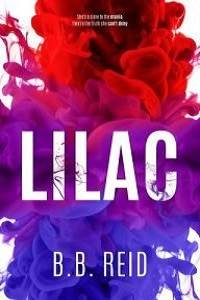 I Want It That Way—Backstreet Boys

THE WORLD MOURNS A TRAGIC LOSS

Calvin Everill, the lead guitarist of Bound, was found dead yesterday morning from a drug overdose. At twenty-seven, the not-yet proclaimed legend is survived by his bandmates who could not be reached for a statement. While mourning, fans are anxious to learn about the fate of the upcoming world tour and who Bound’s front man, rumored to be meticulous, will deem worthy of filling Everill’s shoes.

The news was reporting the same story.

No one would suspect the government had shut down, and parts of the country were still suffering from last year’s hurricanes. There had been ten mass shootings this month alone, but reports had taken a back seat for one tragedy in particular.

Every channel and their avid audiences were tuned in to the death of Calvin Everill.

After three months, there was nothing new to report, no suspicion of foul play.

The rock star had simply overdosed on cocaine.

My gaze remained glued to the screen of the mounted TV across from me while the smell of brine filled my nose. I couldn’t stop my leg from bouncing or the umpteenth shift in the hard plastic chair. The receptionist who’d greeted me when I arrived was oblivious to my distress as her desk phone rang nonstop.

The offices of Savant Records were thirty floors up with the Los Angeles sun shining through the windows and highlighting the modern industrial space. More phones were ringing somewhere, accompanied by the clicking of computer keys and the hurried footsteps of a low-level employee and confident stride of an executive.

Everyone seemed to be in a frenzy today, which meant something big must be happening while I awaited my fate.

I blamed myself for arriving late even though my sister had puked all over my clothes, leaving me no choice but to borrow something from her closet. Each choice had been more god-awful than the last.

With shaking hands, I smoothed down the dress I’d chosen, a corduroy ankle-length tarp with wide shoulder straps. Since it was January, I’d paired it with a white long-sleeve shirt. The only things I wore that were mine were my thong, second-hand Docs, and the black choker around my neck with a gold crescent moon hanging from the center.

No, this one was all on me.

I’d known going home before the most important meeting of my life was irresponsible. It’s just that Amelia Fawn, nearly six hundred miles away, still ruled me with an iron fist.

When the news story changed, my interest in what was airing became very real. I couldn’t look away. Like the rest of the world, I was hoping for a glimpse of them—Houston Morrow, Loren James, and Jericho Noble.

The remaining members of Bound.

Most celebrities would have tweeted how sad they were by now. In the age of social media, you weren’t angry or grieving unless you posted about it online. Our instincts dictated we run to strangers on the internet the moment we experience pain, to tell the world how deeply gutted we are over the loss of our loved ones—as if the multitude of absentminded apologies and offers of prayers would actually mend the rip. Calvin Everill’s bandmates, on the other hand, had no comment.

Not a single goddamn word.

And so the world forgot their grief for intrigue.

The once adoring fans’ favorite target of the three was Bound’s front man and lead vocalist. The latest asinine theory was that Houston Morrow murdered his guitarist.

Even I had to admit that it wasn’t entirely baseless.

Morrow and Everill had kept the voracious blogs busy for the past year with their open hatred for one another. The world was now divided between people who believed Morrow murdered Everill and those who couldn’t care less for the same reason the talented guitarist had gotten away with being a junkie.

Even more so than Calvin. While the guitarist had been on the road to legendary, Houston had already blazed that trail.

A clip of the band’s last performance together flashed across the screen as they played one of their biggest hits, “Fatal Fever.”

Hearing the lyrics, I was more anxious than ever. It was impossible that Bound had written them specifically for me, but that’s what it felt like. Even though I’d shown up for this meeting and filled my lungs with hope, I was still pretending to be normal, still pretending I wanted to be cured.

Sweeping the red strands of my hair off my nape, I piled them high into as neat a bun as I could manage without pins or a mirror and only my black, almond-shaped nails. It was hardly professional, but neither was sweating profusely.