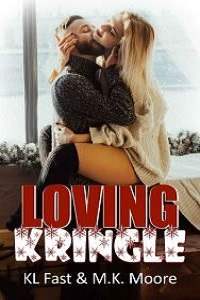 After years of being in an abusive home with a mother that blamed me for her husband leaving, I am finally free. She fucking hates me and never shyed away from letting me know that when ever my sister wasn’t around. My mother would throw things at me or she’d come at me with a raised fist.

A week ago my sister found the love of her life in Nicolas Kringle. He blew into our lives like a knight in shining armor at a time when I was starting to give up hope on ever getting out. When he showed up, I didn't even question his motives, I was just thrilled to finally get away from the toxicity of Frances Bell.

I was finally free, and I didn't know how the fuck to feel. Today is my sister's wedding day and I couldn't be happier for her although I feel a little lost and like I am floundering she has always been my anchor but now she is starting her own life with her new husband while I am still here. I am going to have to learn how to be my own anchor.

After the ceremony, the wedding party went to a fancy ass restaurant that I couldn't pronounce half of the menu. Nick makes the introductions to his brother. I haven't been able to think straight since he first burst into the courtroom. He is the sexiest man I have ever seen. He is an inch or two shorter than his brother with dark brown hair and a beard to die for.

“Ian, this is Deanna. She’s a sophomore at P.S. 136 in the Bronx, and my new sister-in-law,” Nick says just as Ian takes a sip of scotch. He chokes on it.

“Sophomore?” he questions. I instantly hate his tone. The look on his face would have been comical but I don't want him thinking that I am some wilted flower.

“Yeah, you got a problem with that?” I sass back.

“Easy, kitten. I just meant that you look older than that,” Ian says. Their dad, Wendell, laughs and my face turns bright red.

“Oh, son. You have a lot to learn about women,” he says, still laughing.

“I know all about women, pops,” he responds in a cocky tone.

“Not decent ones,” Selma, Ian, and Nick's mother, says dryly with an eye roll. Nick busts up laughing, and Ian looks like he just ate a bad lemon. My heart sinks at the thought of him being a man whore. I don’t know why I even care but for some reason it hurts which makes no sense because there is no reason for it. Hell, I don't know the man so it’s not like I even have a right to be feeling this way. I quickly get up from the table and make my way into the bathroom. Selma and Kris follow after me. I make it all the way to the bathroom before I start to sob. Things are changing in my life so fast and so drastically that it feels like I am drowning. I held everything together until and put a smile on my face. I figured if I did it long enough, I would start to actually feel that way and I was doing a damn fine job of it until five minutes ago.

Why is this what sent me over the edge?

I don't know what to do or how to act or even how to feel. Kris lets me cry on her shoulder while Selma runs her hand up and down my back soothingly. After a few minutes I pull away from her.

“I am so sorry for ruining your party.” I hiccup and sob.

“Oh, shush now. You didn’t ruin anything sis. I love you, it'll be okay,” she says wiping away my tears.

“It's just a lot to take in and I'm a little overwhelmed,” I admit.

“Honey, have you ever thought of talking to anyone? I know life at home wasn't easy and there has to be a lot on your chest.” Selma pointedly looks at the black eye my egg donor so graciously gave me the night we finally left.

“Like a therapist?” Kris questions. Selma nods her head.

“While I don’t specialize in the things you girls went through I have a few collages that I can introduce you to. I think that maybe that could help.”

“Maybe that wouldn’t be the worst thing in the world,” I say, liking the idea. Kris looks at me through teary eyes.

“I know this is a lot and I never want you to feel like I am abandoning you or leaving you behind. Just because I have Nick doesn't mean I won’t be here for you. You are my person. I love you for always. I am here for you for whatever you need.”

“I love you too sis. I am so happy for you and I really like Nick. He is a great guy,” I tell her before pulling her into a hug.