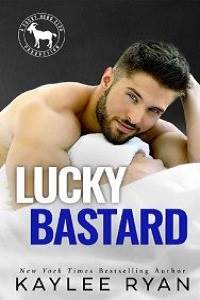 “I feel like I’m cheating.” Looking over at my best friend Aubrey, I catch her smile and the roll of her eyes.

“Really, Em?” She chuckles, bouncing her son, CJ, on her hip.

“What? I can’t help it. I’m a Miami Mavericks fan for life.”

“I know, so does everyone else here. I can’t believe you wore a Mavericks T-shirt to the Trojans training camp.”

“I’m here for moral support.” I reach out and tickle CJ’s side, making him laugh. “What kind of best friend would I be if I let you come to this on your own? Besides, you know nothing about the game. Someone has to explain it to you.”

“All I need to know is that my husband is the new kicking coach, and with that, comes my loyalty, and this little guy’s.” She smiles at her son.

“I admit, it’s a good move on the Trojans’ part in hiring the legendary Chance Bateman as their new kicking coach. Their kicking game needed some work.”

“Right?” She laughs. “We can’t live off him selling ass trinkets forever. We all know my salary at the shelter isn’t going to pay for our new house.”

“I don’t know,” I tease, tapping my finger against my chin. “His ass is legendary.”

“Stop.” She pushes her shoulder into mine. “Don’t let him hear you talking like that. Cocky Bastard’s ego is big enough as it is.”

I nod. She’s right about that. Chance is confident, and yes, a little cocky. However, when it comes to his wife and son, he keeps it in check. They’re his entire world, and he doesn’t care who knows it. In fact, I think he enjoys showing them off to the world. Hence the reason we’re here for training camp. It’s family day and not open to the public.

“He has earned his nickname,” I agree, returning my attention back to the field. “You know, I might be a die-hard Mavericks fan, but I can still appreciate a man in football pants.” My eyes take in the players on the field, and I’ve come to the conclusion that football pants are a girl’s best friend. Just saying.

“I’m not sure I ever realized the appeal until now, but, my friend, I think you’re on to something,” Aubrey agrees.

“Hey, princess,” Chance says, greeting his wife. We’re standing on the sidelines. Since it’s family day, it’s pretty much open. “Come here, little man.” Chance reaches for CJ, who happily holds his arms open for his daddy. “You ladies need anything?” he asks.

I’m tempted to tell him one of his players, but I bite my tongue. I talk a good game, but random hookups aren’t my thing. Don’t get me wrong, I commend those who can have sex with a stranger and walk away the next morning, satisfied and never look back. I’m just not wired that way.

“I’m going to take him out on the field with me. Introduce him to some of the guys. Practice is almost over and I’ll introduce you.” He leans in and presses his lips to her before walking away with CJ.

“You know,” I muse, “if you weren’t my best friend, I might be a little jealous of you.”

“What?” She turns to look at me. “Why would you be jealous of me? I have unidentified bodily fluids on me from my son at all times, a husband who’s cocky as hell and thinks he knows it all, and a mortgage for a house on Morgan Street that cuts into CJ’s college fund.”

“Oh, stop. You’re living the dream and you know it.”

“I’m not sure if it’s the dream, but my dream, yes. I love the life Chance and I are building.”

“You’ll find your cocky bastard,” she assures me, putting her arm around my shoulders. “He’s everything I never knew I wanted.”

“He’s so good with him.” I motion toward the field where Chance has CJ on his shoulders while he’s talking to one of the players, and CJ, well, he’s all smiles. At two, he has no idea the depth of where he is. Most kids never get to experience a professional football game, let alone being on the field with the players and coaching staff.

The whistle blows and the players start motioning for the families to join them on the field. Aubrey and I head toward Chance and CJ.

“Thomas Bourgeois, this is my wife, Aubrey, and her best friend, Emma. Princess, Emma, Thomas is our starting kicker.” Chance makes introductions.

“Ladies,” Thomas says, giving us a charming smile. He glances at my chest and I can’t help but smirk. “Looks like we need to get you some Trojans gear.” He winks.

He throws his hands to his chest over his heart as if he’s wounded. “Come on now, don’t be like that,” he tosses out with a grin. I give him a look that tells him I’m not buying what he’s selling. He throws his head back in laughter and stumbles back a step, bumping into a teammate.