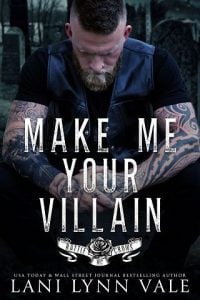 You know it’s time to do laundry when the only thing you have to wear is your prom dress.

“Your daughter has what is called schizophrenia,” the doctor said, shocking the entire room with his words. “When we talked with her after the incident, she told us a few details that are related to the disorder. After observing her and her interactions over the last two weeks during her psych hold, I feel safe in saying that she has what you would call a ‘classic’ case of schizophrenia.”

The doctor looked at us with a clinical disregard for feelings.

He was matter of fact.

He was changing my entire life.

“What does that mean?” my mom asked.

“It means that she hears voices, darling,” my father supplied oh so helpfully.

“Basically, it’s a long-term mental disorder that leads to a breakdown in the relationship between thought, emotion and behavior. It leads to a faulty perception, inappropriate actions and feelings, withdrawal from reality and personal relationships—in this case, that’s congruent with her attempt at hurting her sister—into fantasy and delusion.” He paused to take a deep breath. “When she attempted to hurt Iris, she genuinely believed that her sister had come into her room and tried to murder her first.”

“And what does that mean in the long term?” my mother pushed.

I didn’t want to know.

Because this all seemed like a dream. My sister had tried to kill me.

“Long term? It means that she’ll be on medication for the rest of her life. If she comes off of it, she could potentially harm someone next time. Her medication will have to be regulated. There’s no way that she’ll be able to just ‘skip’ a day. It’s every single day. For the rest of her life.” He paused. “I also recommend psychotherapy. And, if she doesn’t respond well to the medication, then I also recommend that she be introduced to a long-term care facility that can help with her them and making sure that she continues to do this correctly.”

But it was my mother who said, “We will bring her home. We’ll make sure to always keep an eye on her.”

They were all lies.

Do you think Medusa has snakes as pubic hairs?

“You are not walking out that door,” Teller growled. “I will not allow you to come back when you realize the fuckup you just made.”

My ex-boyfriend, Teller Kincaid, police chief of Gun Barrel, Texas, looked at me like I was a lunatic.

He thought I was coming back here to get back with him.

In actuality, I was coming back to his house to pick up my laptop that cost a whack, and I needed it so that I didn’t have to watch Netflix on my phone during my layover tomorrow.

“Teller,” I sighed. “You cheated on me with another woman. I’m not sure what you expect of me here.”

The flight I’d been working two months ago from Dallas to Detroit had been canceled due to weather. And, since that had been my last flight of four, that would leave me being off for a week, I’d come home since there was no reason to stay in Dallas.

Meaning, I’d arrived home a day early, only to find my boyfriend at the time, Teller, kissing another woman in his bed.

Granted, he hadn’t been fucking her, but in my book, he might as well have been.

There was something wrong with me.

Every single guy I let into my life left it. But only after cheating on me before he did.

“I wasn’t going to fuck her!” Teller growled. “I was only talking.”

“With your mouth?” I asked curiously. “And why was she in the bed that we share? Teller, honest to God, you’re a great guy. I don’t understand why you would’ve done that.”

I hadn’t stayed long after discovering the two of them together.

In all honesty, I hadn’t given him time to explain, either.

I’d seen the blonde hair. I’d seen Teller’s hands wrapped around a small waist, and I’d taken that as my sign—the one that I’d been asking for for a while—to leave. There was nothing left for us and hadn’t been for a long time.

“It was a mistake,” he argued. “She was here because she didn’t have anywhere else to go.”

“Well, now she can share that bed with you, hoss. I’m not gonna use it anymore,” I told him bluntly. “If you happen to find anything else of mine that I didn’t clear out, let me know. I’ll come by and get it. I’m staying with Davina until I can get a new apartment.”

He sighed. “You could just move back into the one below.”

I felt my eye twitch.

I’d rather choke myself with a toothbrush than move into the separate apartment on his property, but that would just be stupid. There was barely any housing in Intercourse, Texas.