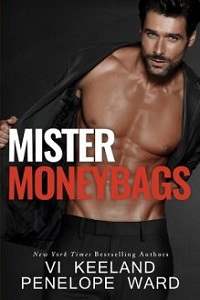 The truth is rarely pure and never simple.

It figures the asshole’s company would occupy the entire top floor.

I pushed the button on the elevator panel and finished typing a half-ass list of interview questions into my phone. Sylvia, my editor, wasn’t going to be happy, especially since they were due two days ago, and now she wouldn’t have any time to suggest changes. She lived to suggest changes.

I was already five minutes late for my appointment, and the damn elevator was crawling. Jabbing my finger at floor number thirty-four a few times, I mumbled something about taking the stairs next time. But who was I kidding? In these shoes? With this tight skirt on? It was a miracle I could even make it up the curb when the cab dropped me off out front.

I sighed audibly. Are we even moving? It was seriously the slowest elevator I’d ever taken. Frustrated, and maybe a bit anxious to get the interview over with, I took another shot at the elevator panel. Again, pressing the button repeatedly, I groaned, “Come on. I’m already freakin’ late.”

I breathed a sigh of relief when the car seemed to finally pick up speed. But then, it jolted to an abrupt stop, and the elevator went pitch black.

“Well now you’ve gone and broken the damn thing,” a deep voice said from behind me. Startled, I jumped and bobbled my cell phone in the dark, which resulted in it falling. From the sound of it smashing against the floor, I knew it had broken.

“Shit! Look what you made me do.” I bent over and patted the floor, but I couldn’t find it. “Can you at least give me some light so I can find my phone?”

“It would be my pleasure.”

“Are you kidding? You don’t have a cell phone on you? Who walks around without their cell phone?”

“Maybe you should try it. If you weren’t so obsessed with yours, we wouldn’t be in this predicament.”

“Well, you were so busy typing away on your phone, you didn’t even notice another passenger was in the car with you.”

“Had you seen me, you wouldn’t have jumped hearing my voice and broken your phone. Then we would have had light, and you would be able to see that elevator panel well enough to push that button another twenty or thirty times. I’m sure that would’ve helped.”

I felt the man moving around behind me.

“What are you doing?”

When he answered, his voice came from a different place. It was to my left and beneath me. “I’m on the floor looking for your cell phone.”

It really was pitch dark. I couldn’t see a thing, but I felt the air move, and I knew he must have stood back up.

“Put your hand out.”

“You’re going to put my phone in it, right?”

“No, I’ve taken down my pants and I’m going to stick my dick in it. Christ, you’re really a bitch, aren’t you?”

Thinking he couldn’t see me, I smiled at his sarcasm and put out my hand. “Just give me my phone.”

One of his hands brushed along mine, and then he held it while the other one placed the phone into my palm and closed it into my hand. “You have a nice smile. You should try using it more often.”

“It’s pitch black in here. How would you know my smile is nice?”

He let go of my hand, and I immediately started to feel a panic attack come on. Shit. Not here. Not now.

I reached and grabbed for his hand back before he could fully pull away. “I’m sorry…I…um…can you just keep your hand wrapped around mine for a minute?”

He did as I asked without question. Oddly, the man just stood there and held my hand, squeezing a few times as if he knew I needed reassurance. Eventually, I felt the wave start to pass, and I loosened my grip on the stranger. “You can let go now. I’m sorry. I had a little panic attack.”

“They come and go like that sometimes. I have a feeling the longer we’re in here, the more of a chance another one will develop. Just keep talking to me. It will distract me.”

“What the fuck was that?” he growled.

I let out another scream that was even louder.

“Why are you doing that?”

Without answering his question, I panted and simply said, “Oh, that felt good.”

“You scared the shit out of me.”

“Sorry. It’s a technique I use to fend off the panic—screaming at the top of my lungs.”

“That’s the best technique you have?”

“I have a few different techniques. I can also massage my balls.”

“I have balls. Massaging them really helps.”