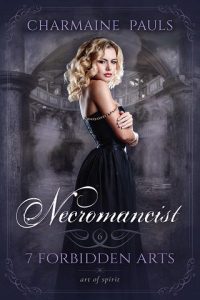 With the letter from the London Academy of Performing Arts in her pocket, Alice Jones ran home as fast as her eighteen-year-old legs could carry her. The news was exactly what she needed in her life. Now she could move a whole continent away from dumbass Ivan.

Throwing open the door of their Manhattan townhouse on Fifty-fourth Avenue, she called for her mom. “Where are you?” She dropped her backpack in the entrance and hurried to the kitchen. “You’re not going to believe this!”

The glow from the late afternoon sun caught a day’s layer of dust on the clutter-free marble surfaces. There were no cooking utensils or rinsed veggies on the central island counter, not even the habitual glass of wine.

She took the stairs two by two and skidded to a halt in front of her parents’ bedroom. “Mom! I’ve been chosen for the exchange program.” She yanked the door open with a squeal. “I’m going to London! I’ve—”

The scene in front of her cut her short. The room was dark with all the curtains drawn. None of her mother’s recorded arias played on the sound system. Clara sat in front of the dressing table with her head in her hands.

Alice’s gut twisted. The only things that helped when her mom was like this were sympathy and distraction. She’d go for the latter. The constant reassurance was too draining.

When Clara lifted her head and pushed back her hair, Alice sucked in a breath. A clown’s face stared at her from the mirror. Red circles marked Clara’s cheeks and the tip of her nose while blue eclipses around her eyes formed a stark contrast with her white-painted skin.

“Mom?” She couldn’t hide the tremor in her voice. “What happened?”

Clara pushed a newspaper over the vanity top, knocking down bottles of perfume and face creams. Alice went down on her knees to collect the cosmetics, but Clara’s shrill voice halted her.

She straightened to study the paper. When her eyes skimmed over the unflattering critique of a theatre review, she understood the cause of today’s drama.

“I’m the clown of the music world.” Clara quoted the print by heart. “A fading diva who’ll be wise to quit when she’s at a high. Better placed in supporting roles, her leading days are over.”

She straightened and patted her mom’s shoulder. “It’s just one review.”

“Just one review?” Clara uttered a hysterical laugh. “Just one review? Are you listening to yourself? Don’t you dare patronize me. Do you think I’m a child? I’ve been in this business for longer than you’ve lived. I know when a nail is being hit into a coffin and that,” she pointed at the article, “is a fucking nine-inch nail.”

“Mom.” What was she supposed to say?

“Clara?” a deep male voice said from the door.

Alice spun around to face her dad. Thank goodness he was home from the office today and not at a meeting or dinner.

He crossed the floor slowly. “What’s going on?”

With a sweep of her arm, Clara cleared the dressing table, sending brushes and jewelry flying.

Her dad turned to her, his expression closed off. “Alice, give your mom and I a moment, please.”

She retraced her steps to the hallway and stood trembling on the landing. By now, she should be used to the outbursts, but she couldn’t help how they affected her. She clutched her stomach with one hand and gripped the balustrade with the other.

After a moment’s silence, her dad said, “It’s one person’s opinion.”

“It’s the one opinion in the world that matters most! This is what everyone thinks. They don’t say it, but they all believe it. Everyone thinks I’m a failure. All those years of sacrifice, of practicing hour after hour, of eating nothing but lettuce and apples to fit into those goddamn costumes, all of it for nothing!”

“Darling, calm down. You’re upset about one bad write-up, but you forget about all the good ones.”

“There are other things in life than singing. You can teach. The opera will gladly have you.”

Her laugh sounded hollow. “They’ll be happy to have me where? Backstage, a shriveling star hidden from view like they’re ashamed of me? Am I to be discarded, too old for them or you? Is that it? Are you going to stick around, or will you throw me away, too?”

“What in God’s name are you carrying on about? I love you. You’re my wife.”

“You love me? You loved me when I was pretty and young. Admit it. You’re going to leave me for someone younger, a girl with a tight body and smooth face. Who wants to be with a fading diva?”

“Stop this madness, right now. I’ve never loved you for your voice. I love you.”

“Who is she? Where do you go at night when you don’t come home?”