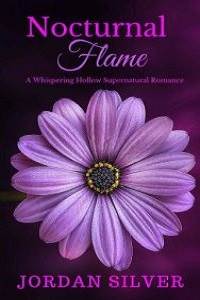 “What the fuck do you want?” I knew who it was as soon as I heard her voice. After a year, it still has the same unwanted effect on me.

“Is he…?” I was out of my chair with my heart in my lungs already.

“No-no, he's hanging on but please hurry; he wants to see you.” I was already moving towards my office door before she was through talking. Not grandpa. My mind ran to the last time I saw him. All that transpired then and the way things had ended. Why was it that we only regret shit when it’s too late?

“I’m going to be gone for the next little while.” Those were the only words I threw at my admin as I left the office. Later I’d call her with more instructions, but right now, I couldn’t think about my business, which was a joke because, according to the press and my associates. I eat, sleep, and breathe business.

“Simon, get the jet ready we’re going to the Hollow.” I hung up after speaking to my pilot as I climbed into the back of my limo. I gave the driver instructions to take me to my private hangar and sat back with my eyes closed, head resting back against the seat. There was a lump in my throat that I refused to acknowledge. Gramps will be okay; he has to be. I will not accept anything else.

I refused to call that jezebel back even though she was the one who would know more about what was going on than anyone else. My gut burned at the thought of why that was, and I shied away from it. I thought I was over this shit by now, but apparently not. Whatever!

This was not the time to revisit an old grudge. First, I have to see how grandpa is doing, and then I’ll deal with things. I closed my fists tight and willed myself to remain calm. Gramps would be the first to caution me about flying off the handle at the slightest provocation, something I’m pretty well known for.

I’m already resenting the time it’s going to take me to get to him and hating the fact that there’s nothing I can do about it; something else I have a problem with, according to the old man; my lack of patience.

Simon was waiting for me at the hangar, going over a final check of the jet with a flight plan already made. That’s why he’s my personal pilot; his efficiency and know-how are priceless in times like this.

We exchanged a brief nod before I climbed aboard and took my seat, looking out the window and seeing nothing. I put the laptop and everything else away, too preoccupied to concentrate on the half a billion-dollar deal I was in the middle of fine-tuning.

If I lost my gramps now, none of that would matter; nothing much would. Why didn’t I think of that in the last year while I’d been distancing myself from him? The one man who’d loved and protected me his whole life, and I’d practically turned my back on him.

It was all that bitch’s fault. If he dies before I get a chance to see him, I will make it my mission in life to destroy her. I felt the heat of anger that was always present whenever thoughts of her intruded—the scheming, conniving little tramp.

I should wrap my hands around her neck and squeeze the life out of her. I had to calm down before I gave myself a coronary. No use in getting this upset now what’s done is done, but she better hope that he’s alive when I get there, or there will be hell to pay.

We landed a couple of hours later, and I headed straight to the hospital. I was still dressed in my Armani business suit and tie though I’d ditched the jacket and rolled up the sleeves of my shirt. I kept my eyes covered with the dark shades I always wore when out in public.

They say the eyes are the windows to the soul, and I had no interest in the world seeing my soul. It was not always a pretty sight though the ethics and morals the old man had instilled in me from an early age fought hard to hold on.

She was the first thing I saw when I was led into the private room where they had the old man. That anger that only she could invoke in me came rushing to the surface hard and fast, and when she looked up at me, the battle began. I have no idea why someone I hate this much can make my cock harder than it gets for anyone else.