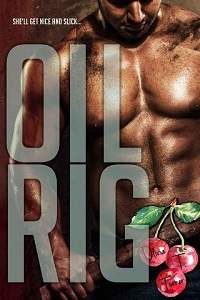 “Hold on!” Tyler hollers as he cranks the throttle and our boat takes off. I grab onto the rope and hold on with all of my strength as the boat pounds into the waves, making the three of us bounce violently around.

Crystal almost flies off, but I grab onto her arm and hold her in.

“Is she okay?!” Tyler hollers over the roaring of the engine and the rough waves.

“Don’t stop!” I shout as he’s about to slow down. He cranks the throttle back up and we keep flying forward.

The wind is whipping my face, spittles of saltwater drenching us as we attack.

I grit my teeth as we race toward the large rusty ship in the distance.

Those fuckers have been breaking international law for the past three weeks, illegally hunting whales by drawing them in close with bright spotlights throughout the night.

I glance over at the six other boats headed in their direction. All six have Marine Protectors emblazoned on the side in bright yellow writing.

It’s been three years since I’ve joined the organization and this is my ninth run in the field. Today we’re battling in the South China Sea.

It gets more exciting every time. I think I’m starting to become an adrenaline junkie or something. My prim and proper mother would be horrified.

“Get right up to it!” I shout over the roaring of the engine to Tyler. He turns the boat as I grab the long metal pole.

There’s nothing I hate more than illegal poachers preying on the sweet vulnerable ocean creatures. They are truly the worst of humanity. It’s bad enough that we dump all our garbage into the innocent animals’ habitat, but these fuckers have no morals when it comes to killing our fellow mammals.

Boat three arrives first and I watch with my heart pumping in exhilaration as Patrick wrestles with the crew. They hate us as much as we hate them.

“Go around the other side!” I shout to Tyler. He arcs the boat and Crystal nearly falls in again as we dart around to the opposite side. All of the crew is distracted with boat three and boat five as it arrives, so they don’t see us.

Tyler slows the engine and I jump up with the metal pole. Crystal holds my legs as I slam the tip into the bright spotlights, smashing the glass. I close my eyes and turn my head as some of the broken shards rain down when the boat drifts too close.

One of the poachers shouts something in a foreign language as he points at me with a menacing finger. I grit my teeth as he comes rushing over with two other huge men.

“Hold on!” Tyler hollers as he restarts the engine. I manage to break two more lights before we’re whipped away and I fall onto Crystal. She wraps her arms around me and holds me tight as Tyler circles around and heads to another point on the ship that’s unguarded. The other boats have arrived and some of the guys are fist fighting with the poachers on their ship.

Adrenaline is surging through my veins. I’m energized to the max as we arrive back at the ship and I start punching out more lights. There are dozens of them, but some of the other Marine Protectors are doing the same. We’re almost done.

One of the Protectors named Matthew gets jumped from behind and starts taking some punches. Tyler and Crystal leap onto the ship when they see it and I’m suddenly all alone as they rush over to help him.

It’s chaos as more of my friends spill onto the ship to get the guys off. Matthew pops up, red-faced and breathing hard, but he seems to be okay.

My boat is rocking and drifting away with no one at the motor, so I’m forced to lower the pole and jump into the driver’s seat.

A loud cracking boom rips through the air. I look up and swallow hard when I see the Captain standing on the deck with a shotgun in his hands. He pumps it again and screams something in his language as he points the barrel at us.