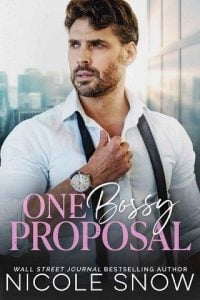 While I Pondered (Dakota)

The spring sun shines down on Seattle like a sword aimed at my own personal gloom.

It’s been a year to the day since I buried my heart—and the utter scumbag who dragged it through the mud, doused it in kerosene, and burned it to a blackened crisp—and it feels like an eternity.

Some things, you only sort of get over.

Some things, you don’t forget.

Hold the pity party, Dakota. You’re better off without him. You’re a thousand miles from home, smack in the middle of a whole new life, I tell myself.

Eyeballing the gluttonous offerings in the bakery case helps.

It’s true. I have rebuilt. Kind of.

I left that small-town dreariness and its regrets behind. I have an interview next week for a job that slaps, and if I don’t get it, I’ll keep applying until I land something with big-girl pay and a real opportunity to flex my writing muscles.

Without my great escape last summer in a halo of tears, I wouldn’t be here in Seattle, practically drooling at the sugar-rich delicacies that all seem to have my name on them.

I’d have less time to focus on my writing, too, and I’d still be interning in that one-room closet masquerading as a marketing agency.

His stupidity gave me a whole new life.

“You hungry or did you just come here to admire the goods? Can I get you something?” The barista appears behind the bakery case with a girlish laugh.

“Huh? Oh, sorry—” Dammit, Dakota, get out of your head. “Can I get a Regis roll and a small caramel nirvana latte?”

“Coming right up!” She smiles and uses tongs to grab a huge cinnamon roll drizzled in icing. It’s so fat I think it crosses time zones. “Lucky lady, you got the last one today! We’re a little short. Cinnamon shortage in the morning shipment—go figure.”

If only my luck with pastries would rub off on other things. Like winning lottery tickets or cigar-chomping big shots in publishing ready to snap up my poetry. I’d even settle for a decent Tinder date who doesn’t have a fuckboy bone in his body.

Nope. I’m asking for too much.

Today, Lady Luck grants bargain wishes. She delivers the very last mound of sticky cinnamon sweetness in the case and point-three more pounds on my thighs.

I move to the cash register and pay.

“Glad I got mine before you ran out,” I say, swiping my card. “I’ll be sure to savor the flavor—”

“What do you mean you’re out?” a deep voice thunders behind me. “I’ve been here at exactly this time three times a week since Christmas. You’re never out.”

And I thought I was having a bad day...

I look back toward the bakery case to see what kind of ogre crawled out of his swamp to rant and rave over a missing cinnamon roll.

“Sorry, sir. The lady in front of you just bought the last roll,” the barista says, wearing a placating frown. “There’s a bit of a weird cinnamon shortage going around—”

“Are you telling me there isn’t another goddamned Regis roll in the entire shop?” The man is tall, built, and entirely pissed off.

“Er, no. Like I said...cinnamon shortage.” Barista girl flashes a pained smile. “The early bird got the worm, I’m afraid. If you’d like to try again tomorrow, we’ll save one for you.”

Barista girl nods at me matter-of-factly.

The ogre turns, whips his head toward me, and glares like his eyes are death rays.

So, he might be just as bad-tempered as the average ogre, but in the looks department, this guy is the anti-Shrek. If the green guy had abs that could punish and tanned skin instead of rocking his Brussels sprout glow, he might catch up to Hot Shrek in front of me.

My breath catches in my chest.

I don’t think I’ve ever seen eyes like amber whiskey, flashing in the morning light.

If he weren’t snarling like a rabid wolverine, he might be hotter than the toasty warm roll in my hand. The coolness of his eyes contrasts deliciously with dark hair, a furrowed brow, a jaw so chiseled it shames mere mortals.

He might be in his early thirties. His face looks young yet experienced.