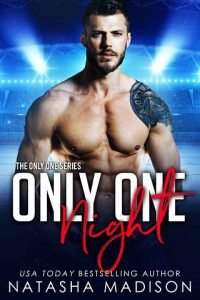 “Push, push, push,” I say to my son, Jaxon, who skates beside me. Holding his hockey stick in his left hand, he skates around to the other side. He looks over at me and smirks when he gets around without falling this time. “Good.” He skates until we do three whole turns.

He stops by the bench where he put his water bottle when we got on the ice. Chest heaving, he takes off his glove and unsnaps his helmet to get a drink of water. I grab my own bottle and squirt some water in my mouth. “I’m going to set up the cones,” I tell him. “Then I want you to take the puck and zigzag through them.” When he nods, I feel my whole chest expand. This right here, this special time with him, is worth everything.

Unlike my son, who started skating as soon as we could get skates on him, I didn’t start skating until I was six. I would alternate between forward and defense and usually didn’t know which position I was playing until I was told which side of the bench to sit on at the start of the game. When I turned twelve, my father convinced me to stick to defense. It also helped that I was growing like a weed as well as honing my skating skills and increasing my speed. I grew five inches in one year and was already six foot two at fifteen. By the time I turned nineteen, I was six foot five. I wish I could say I was drafted number one overall, but I was drafted number forty-nine to Nashville.

Three years later, I finally made my NHL debut. That was also the year I met Murielle at an after-party. I wasn’t a big shot when we met, but as I started climbing the ladder and making a name for myself, the shy girl started to change. I don’t think I can pinpoint the exact time, but I knew the minute I saw it. She had just given birth to Jaxon and refused to let my parents stay in our house because I could “afford” to put them up in a hotel. That was the first fight we had, and it just went downhill from there. First, she hired a night nurse to get up with Jaxon if he would cry, then she hired a housekeeper. After that, it was a cook. And now, I can’t even tell you what she does all day. I also don’t care.

“We have another hour left,” I tell him. “I have an event to go to tonight.” He nods his head. My son looks just like me, which makes Murielle even happier. His blue eyes are exactly like mine, and his brown hair is just a touch lighter. “Just like his daddy,” she always says, making me cringe. I’ve spent the past four years trying to get her to divorce me. Four years of convincing her that we aren’t good for each other, and four years since I moved out of our bedroom. Four years of me living in hell. The only thing that keeps me from moving out completely is Jaxon.

For the next hour, he pushes himself harder, and when we walk out of the arena, he does it with a huge smile on his face. “I’m going to show Caleb my tricks tomorrow.” He gets into the back seat of the SUV, and I wait for him to buckle in before closing the door.

“You have practice tomorrow,” I tell him, and he nods. “Then you have a game next week, but I’m going to be on the road.” I hate missing his games, but when I’m home, I’m in the stands cheering him on. At first, it was rough because people would hound me for pictures and autographs, but I would just smile and decline. I was here for my son, and they always understood that. But then Murielle would push me to take pictures, and we would end up in another fight. A fight that would have to wait until Jaxon got on the bus before I laid into her. I would never fight with his mother in front of him. I never wanted him to feel like he had to choose one parent over the other. Sadly, I was the only one who thought like that.

“Can we have a boys’ night tomorrow?” he asks, and I smile at him.

“That sounds like a great plan,” I say as we pull up to our house. I park the SUV and then wait for him to get out. I always walk with my hand on his shoulder. We open the door, and the house is eerily quiet as we walk through the grand foyer to the kitchen, where he opens the double Sub-Zero fridge. He grabs an apple and then looks to see what the chef left for the day. The sound of the basement door opening causes me to look over, and I see Murielle walking up with her trainer. He doesn’t even make eye contact with me as he walks out of my house. Last year, I caught them going at it on the weight bench. I don’t know what she expected from me, but I can tell you what she didn’t like. She didn’t like me turning around and walking out of the room.