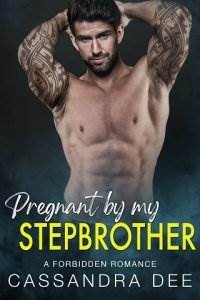 It’s a warm Friday night tonight in Prescott, Wyoming, and after a long, ten-hour shift, it’s finally time to clock out and head home. It was a largely uneventful shift; the most excitement came in the form of an elderly man who had a heart attack while visiting his grandchildren. I guess there was a particular kid who was especially adorable with his chubby cheeks and blonde curls, and the old guy started having chest pains from the cute overload. Who knew that could happen? But indeed, it did. Luckily, we got to him in the nick of time, and the proud grandfather’s life was saved.

But now, I can’t wait to get into my own truck, drive home, and relax a bit. I’ve been working on a new sculpture. I’m whittling a blue whale from wood, and it’s been dragging a little. The project shouldn’t take more than a couple of hours, but because of my job, I haven’t gotten to do much more than a few cuts. After all, by the time I get home, it’s usually 11 p.m. and I’m too exhausted to pick up my knife. It’s enough just to throw myself on my bed and pass out.

“What?” I ask before I can stop myself.

My partner, Sam, smirks at me, and I know I’ve messed up. When he gets that glint in his eye, I know some friendly joshing is coming my way. I wonder how Rob Trainor, Sam’s partner before me, dealt with this. Did he match his partner blow for blow? Or did he just ignore the bastard?

“Yo buddy,” Sam drawls, “Is there a woman that’s got you so distracted?”

I roll my eyes and shake my head. Like I have time for dating. My partner knows as well as I do that our job doesn’t leave a lot of space for going out of any sort. Just because he lucked out and found the love of his life while on the job doesn’t mean we all will. After all, Sam met his fiancée, Jessa, after she stole one of our emergency vehicles, and they fell in love after some trials and travails. But it all worked out because they’re happy as two bedbugs in a rug now, with a pair of kids to boot.

Now Sam leans back in his seat and stretches his arms over his head. “Alright, fine, no woman then,” he says. “You’re, what, thirty-two?”

“Thirty,” I reply in a short tone. He shrugs and grins.

“You’re getting up there, kid. Before you know it, you’re going to be using a walker to get around instead of cuddling up with a sweet young thing. You might want to start thinking about finding a nice girl to settle down with.”

I let out a rude snort, and Sam shrugs.

“Just saying,” he drawls. “Trust me, once you meet the right one, life is sooo much better. No more chasing strange. No more fumbling for protection in the sack,” he says in a sly tone. “It’s all bare after you both give the go ahead.”

I ignore him. This guy is such a lech, and he already has a woman. I guess old habits die hard.

As we reach the stoplight at the intersection of Oak and Lamar, I notice a new flower shop has moved in along the retail strip. It’s called Amazing Blooms and the proprietors have done it up well. There’s a red and white striped awning over the front door, with plenty of leafy greens and beautiful blossoms in the window. Nice. I think that spot used to be a flower shop even when I was a kid, but with a different name. It was closed for a while, like a sad-eyed ghoul on the street, but now, it’s nice to know that someone’s moved in.

“You know, when I was your age, I didn’t think I’d ever have a family,” Sam rambles, oblivious to my thoughts. “My father wasn’t a great husband, and I think I was worried I’d be like him. But you know what? Everything changes. My Jess is a great woman, and she and the kids keep me grounded.”

I shoot him a measured look. “Thanks, Sam. Appreciate it.”

I really don’t want to talk about this, but my partner purposefully doesn’t take the hint. He laughs and runs a hand through his hair. “Maybe you’re right, kid. Nights like these always get me into my feelings, and soon I start shooting the shit. Feel free to ignore me.”

“Gladly,” I mutter. Then, I glance at my partner again and it’s true – Sam does look pretty happy. Most guys dream of playing the field and sowing their wild oats without abandon, but it seems domestic life suits the blond man well. He’s content in a way I don’t see very often among single men, and he smiles to himself even now, probably envisioning his kids’ funny antics.