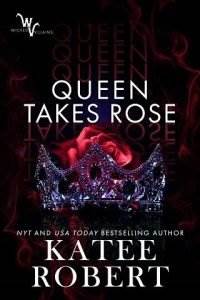 Everyone talks about hope like it’s a silver bullet. As if it’s enough to keep a person putting one foot in front of the other even in the most impossible situations. As if hope alone can see a person through anything.

Once upon a time, I even believed it.

Back when I was young and foolish and, even though the world had kicked me in the teeth time and time again, I somehow kept the stars in my eyes. I was so sure that if I could just believe hard enough, that if I could hold on to hope, one day my mother would wake up.

I didn’t realize that hope could sour, could slowly go dark and begin to poison every bit of me. I couldn’t have known that I’d learn to hate through virtue of that faltering light.

The woman in the hospital bed is my mother, but she might as well be a stranger. Even before a fight for dominance put her in a coma, she was more fantasy than reality to me. Nothing more than a promise of a relationship later, when I was older, when I could handle myself without being a liability. I just had to be a good girl and obey my grandmother and eventually my mother would send for me.

Another hope, dashed to pieces at my feet.

Twenty years later, and it’s finally time to admit that she’s never waking up. It’s time to make the decision I’ve put off for far too long. It’s time to finally let her go.

I suck in a breath and turn to Allecto. She’s the only other person who knows everything there is to know about my bargain with Hades, knows all the dirty little details of how I got to this place. Of who’s to blame. “I’m fine.”

“No, you’re really not.” She states it as fact, without a bit of pity. I appreciate that bluntness. Allecto won’t coddle me or tell me pretty lies. It’s one of the reasons she’s my best friend. “You don’t have to do this now.”

“Yes, I do. I only have two weeks left in my contract with Hades. If she hasn’t woken up now, she’s not going to.” I almost sound like I accept it as truth. As if I didn’t spend the entire night pacing my apartment and debating whether this is really the right call. But that’s cowardice talking. Facts are facts, and the fact is that if my mother were going to wake up, she would have done it years and years ago.

Allecto huffs out a breath and crosses her impressive arms over her chest. She’s wearing her normal street clothes outfit of jeans and a pale-gray T-shirt that sets off her dark-brown skin, and she’s got her long, black braids fastened back from her face. “You know as well as I do that Hades will continue to pay this bill as long as you ask him to. He’s not going to cut her off, not after all this time.”

She opens her mouth like she’s going to keep arguing but finally gives a sharp nod. “Do you want me to get the doctor?”

I wait for her to leave and turn back to the hospital bed. The machines that breathe for my mother make soft sounds that grind against my nerves. I’ve always hated hospitals, and this long-term care facility might pretty itself up, but it’s a hospital where people go to die. Today, my mother joins their number.

Truth be told, she died within a week of the injury that put her in a coma. At least according to the doctors.

My grandmother used to always tell me how much I reminded her of my mom. We have the same light-brown skin and delicate features, but it’s hard to see the similarities right now. She looks like a shadow of the woman she used to be. A ghost still retaining flesh, whose spirit has long since fled.

I close my eyes and try to breathe past the burning in my throat. “I’m sorry, Mom. I’m sorry that I’m giving up.” I take a ragged inhale. “I can’t fix what happened, but I’ll make sure she pays.”

The woman whose bid for power took everything from me.

The door opens, and I wipe hastily at my eyes. Neither the doctor nor Allecto comment on it. Dr. Volsce has been in this facility nearly as long as my mother has. He takes my hands, expression carefully neutral but somehow sympathetic at the same time. “Are you ready?”

No. I’ll never be ready.

He doesn’t ask me if I’m sure, for which I’m grateful. He simply gives my hands a squeeze and nods. “Okay.”