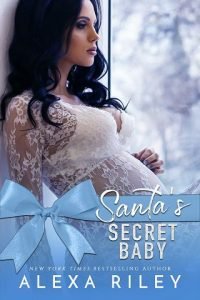 I stare at myself in the mirror and can’t believe this is real. I look like a princess, but I sure don’t feel like one. Your wedding is supposed to be the happiest day of your life, and I think I just made a horrible mistake. I close my eyes, taking a deep breath as I try not to cry. I’ve made this mess, and now I need to pull up my big girl panties and get on with it.

I’ve been spiraling since we found out my dad is sick. They said if he was lucky he could live a few years, and he’d only get that because our family could afford the best doctors in the world. We’re only buying time, and I so badly want to make sure the time we have left with him is filled with things he might miss.

Such as walking me down the aisle and holding his first grandchild. When Paul asked me to marry him, I stupidly said yes. I was a little taken aback to be honest, because when he said he wanted to go to dinner and talk, I was sure we were breaking up. There’s no real spark between us, and the few kisses we’ve shared were nothing to write home about.

When he said he thought we should get married because we make a good match, there were no words of love. He’d actually listed out reasons why we fit, and none of them were about love or soul mates. It felt more like a business deal than anything.

Before I knew what was happening, the ball was rolling so fast with wedding plans, and then there was no stopping it. For a brief moment I thought about calling off the wedding. I told Paul how I was feeling, because I thought he must be feeling the same way too. We’d never said, “I love you,” so I thought he had to have some trepidation.

I was wrong. Paul lost his mind and told me there was no backing out now. That’s when the threats started pouring from his mouth. That’s when the real Paul showed himself, and he struck where he knew I’d give in.

He told me he’d make my father’s life hell if we didn't marry. I didn't know if Paul had that power, to be honest, but the cold look in his eyes had me agreeing to stay the course. I didn't want to cause more problems, and my mom was hanging on by a thread. This wedding had both my parents in good spirits, and I didn't want to ruin that for anyone.

I found out then that Paul could be a cruel man when he didn’t get what he wanted, and I knew it even before I walked down the aisle.

“You only have to do this for a few years.” I open my eyes and try to steel myself.

I can divorce him later, and my father can leave this world thinking everything is okay and that I’m taken care of. I don't want my life to be a burden on him right now, and I also don't want it to be on my brother’s shoulders either.

I take the veil off my head and toss it on the chair. I did my part today and smiled as I walked down the aisle. I danced with my dad and my brother and cut the cake. When my parents left the reception, I quickly did the same, leaving my groom to continue drinking with his friends. I bet he hasn't even realized I’m gone.

The wedding was held at my family's estate, and I made my escape to my bedroom. Paul and I are supposed to leave tomorrow morning, and my stomach churns thinking about it. I glance over to my bed and wonder if he’s going to come in here tonight or go back to the bedroom he’s been staying in since we got here a few days ago.

There’s been one small blessing with my new husband. He has some kind of erectile dysfunction. He didn't go into much detail about it and got angry the few times I’ve brought it up. It made those handful of kisses make sense. I thought we never went further because I didn't want to, but also because there was no spark on his side either.

I pull at the wedding dress, wanting it off of my body. It took several people to get me into it, and now it feels like a strait jacket. I have to fight with it, and I hear a few tears, but eventually I get it off and shove it in the back of the closet along with the veil. I can’t look at it anymore because it’s just a reminder of how I’ve failed myself. I move clothes around to cover it up, then I stand there in the closet and try to breathe.