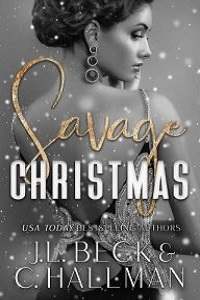 Christmas. The lights are hung, the tree is up, and there is more love in this house than there has been in years, and it’s all thanks to the two most important women in my life. My wife and daughter.

Sitting behind my desk, I swirl whiskey around in my crystal glass as I watch a few of my men filter into my office. Their eyes are trained on me as they wait for me to speak.

Ever since Lucca’s betrayal, I’ve been harsher on my men, and at times, downright degrading. The betrayal hurt, got me right in the Achilles, and taught me that no one can protect my family. Not like I can.

“Do we have any new leads on where Lucca may be hiding?”

“No, boss,” Nate pipes up. He stepped into place after everything happened. He is good at what he does, but I’ll never be able to trust again.

Of course not. Lucca isn’t dumb. He knows I’m looking for him, and when I find him, I’ll break every bone in his body. Make him beg for mercy and wish he never crossed me.

“Some of the men have heard rumors, though. People are talking, boss.”

“People will talk.” I shrug.

“There are rumors that some members of the Volcove family are still out for blood. Apparently, they have been trying to gather other people you’ve wronged to join forces. They plan to retaliate against you soon.” The words make my blood boil. War. They want a war between mafia families. They have no idea what they’re asking for.

I grit my teeth. “And that’s where you step in and do your fucking jobs. It’s simple, really. Keep your ears to the ground. Make sure no one gets too close. I don’t care for rumors. I need solid leads. Above all, protect my wife and daughter at all costs, understand?”

“Of course, that is our number one priority.” Nate nods.

The thought of anything happening to Elena or our daughter… It makes me want to paint the city red. To rip and destroy until there is nothing left, nothing and no one to hurt them.

“If we hear anything, we will let you know right away.”

“Great.” I bring the glass to my lips and take a gulp of the liquid, letting it burn through me like a blazing inferno. “I want all of you to stay here and man the house while we’re gone for the evening. Make sure the place is protected, and if anything out of the ordinary happens, no matter how small, you get Layla to the bunker.” The men nod again, but that’s not enough for me. I need their words. I need to know they’ll protect my daughter. Slamming my glass down on the desk, their gazes widen a bit, but they don’t flinch.

Like little army soldiers, they scurry from my office.

After our home was attacked and I was almost killed, I had a bunker built. It’s accessible from the basement. Once locked, nothing will get inside short of an atomic bomb.

I briefly play with the thought of having Marie and Celeste take Layla there while we’re gone, but I know Elena wouldn’t have it. She thinks all these precautions are overboard. She still can’t fathom my obsession with her and the need to keep our family safe at all costs.

Checking the time on my watch, I realize I have only a few minutes before I need to meet Elena at the bottom of the stairs. Standing, I shake off the paranoia and fear of the unknown and exhale it out in a single breath.

I’d never known real fear until the day my daughter was born. That was the day I realized my heart was now living outside my body. She is holding it in the tiny palm of her hand wherever she goes.

Pausing in the doorway of my office, I peer out into the hallway. The sides of my mouth lift with a smile as I consider sneaking into our bedroom to get a special peek at my wife. Then I remember how she scolded me and told me how much this event means to her. Our first night out, and by ourselves without Layla.

Patience isn’t my strong suit, but I’ll use it tonight.

Turning in the opposite direction of where I’m being drawn, I descend the stairs. I’m only standing there for a few seconds when I hear the sound of laughter from behind me. Marie and Celeste approach. Marie is holding a giddy and smiling Layla in her arms.

She’s the spitting image of her mother, with dark hair and emerald-green eyes that glitter like two gems in the sunlight. So innocent, protected, and perfect. Nothing that I do, no blood that I shed, or crime I commit will ever touch her.