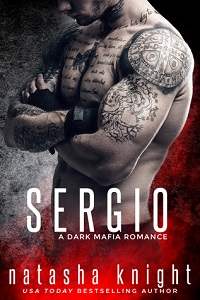 The words echo in my head.

I’ve done this before. Twice in my life now, I’ve been at the wrong place at the wrong time. Isn’t there some sort of karmic balancing? Like isn’t it enough to witness this kind of violence just once in a lifetime?

Last time was six years ago. I was fourteen and standing in front of the freezer of the convenience store down the street from my house deciding which ice cream bar I wanted. I remember the humming of the air conditioner. Liking the cool inside on that too hot August day. It was one of the few times my parents let me go alone. We didn’t live in the best neighborhood.

The men came in so quickly, I barely registered the fact they were wearing ski masks before the first gunshot went off. I dove to the ground and shut my ears to the commands they shouted, but the man with the greasy shirt saw me. He came at me and I would have screamed if I could find my voice, but the others’ screams muted me, and when he gripped me by my hair and hauled me to my feet, I followed where he led me.

Another gunshot was followed by another scream and I swear I saw red splatter the walls.

But when he threw me to the ground in the last aisle and I registered what he meant to do, it all became surreal.

Gunshots and fists and screams all seemed in the distance. Like they weren’t part of my reality anymore because my reality was about to change. My reality came down to him and me on the floor of this forgotten shop, with blood seeping from beneath the aisle divider. Fear in the voices of the others trapped here with me. Him with his pants undone. Him with his hands in my jeans. Me watching, mute. Trying to shove him away.

I remember the bell over the door going again.

Remember the sound of footsteps.

I remember the sound of a gun being cocked. Readied. How I knew what that little click meant I’m not sure, but it’s an unmistakable sound. I remember the look on the face of the one between my legs as he registered cold steel on the back of his head.

We looked up at the man in the dark suit at the same time. He wore black from head to toe, a dark angel. His pistol shone bright in the blinking fluorescent light. The angel called me to go to him. I did. I scrambled to my feet and went. He glanced down to where my jeans were undone before meeting my eyes. He pulled me to him, put one hand on the back of my head, burying my face in his belly.

He told me to keep my eyes closed. To cover my ears. Said he’d try not to get blood on me.

I didn’t think. I did as he said. Put my hands over my ears. And I swear I know what a bullet tearing through flesh sounds like now.

But all that I’ve managed to file away. Locked up in a box until now.

It’s his words that play back over and over again. The sound of his voice that I recognize as now, so many years after that terrible day, I crouch behind the decrepit machinery in this abandoned warehouse and hide.

I’ll never forget that voice. Never forget the casual way he called me sweetheart. And I recognize it now. The man in the suit, my dark angel. The man who killed without flinching. The man who saved my life once. It’s him. He’s here.

And when he shifts his gaze in my direction, I swear he hears the pounding of my heart against my chest. Swear it’ll give me away.

Except that this time, if he finds me, he won’t be saving me.

Fuck. I hate these fucking warehouses. Dusty and always frigid.

I’m flanked by two of my men. Four more soldiers trail us with a dozen more outside. It’s to make an impression. Joe and Lance Vitelli have overstepped.

Lance. Who the fuck names their kid Lance in this business? It’s no wonder he’s acting out. Trying to prove he’s not a pussy.

Our footsteps echo off the old machinery as I follow Roman, my uncle, through the main room and to the back where the brothers are being held. There’s no door to that room and the glow of the single light bulb is a contrast to the pitch black of the rest of the place.

The sound of a fist connecting with flesh is followed by a grunt. The grunt, I know, belongs to either Joe or Lance. I pick lint off my sleeve and adjust the cuff of my shirt as we near the entrance. Roman steps into the room, stands to the side, folding his hands together. He takes in what’s going on, then turns to me, gives a brief nod and waits.