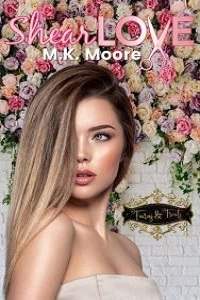 I haven’t slept well in years. I’ve seen too much, done too much, but I wouldn’t change it for the world. It’s early, the sun is barely up, but I am already blowing down the street on my aftermarket customized Harley Davidson Fat Boy. I don’t give a fuck that the exhaust is loud as hell in the quaint neighborhood I live in. I feel free when I’m on my bike and I don’t care that it’s obnoxious as hell. I could live in the clubhouse of the Endless Knights where I am an officer, but that place is bleak, even for a lonely fuck like me. Somehow, I thought the burbs would be better, but I was wrong. There are nosy neighbors as far as the eye can see and I can’t stand that shit. I grew up around that and I should’ve known better. There’s a lot of things I should have known but I am more of a hands-on learner.

I’ve been on my own for twenty-two years now. Over the years, I have had ample opportunity to go legit, but I always looked the other way. I tried to date over the years, just looking for something, someone to ease the loneliness, but I couldn’t pull the trigger. All the women I met were angling to be my old lady but they weren’t right for me. I knew right away that I wouldn’t be wasting my time on women who weren’t the one made for me. My work made it easy to not think about women. I’ve been up to my balls in illegal activities since I got here. I often think about how all this happened. It’s so very different from the early years of my life. My parents were ministers and from day one I was just an accessory to their perfectly fake life. My father and I never saw eye to eye. We all knew it, but it was an unspoken thing in our sad, oppressed household. As an only child, I was lonely. I learned long ago to accept my lot in life. At school, I was ostracized for many reasons, mainly my weird religious cult parents, so I was pretty much alone there too. When I was fourteen, a fellow outcast from school gave me an old Playboy magazine. My father found it before I could hide it. He beat my ass so badly I thought I was going to die. I didn’t even get a chance to look at the damn thing, and he was spouting off about hell and damnation. My mother was no better. She got her punches and vicious words in too. This wasn't the first time this had happened, but it was the worst. I learned early on what would happen if I broke the rules. I also knew enough to know that he had cops in his back pocket and he'd never get in trouble. Men like him never do. Not unless some outside force takes matters into their own hands. I didn't know entities like that existed but now I do. I'll admit it's one of the things I like best about being a member of the Endless Knights. After the beating from my parents, I knew I had to get out. When my parents went to bed, I grabbed the two hundred eighty six dollars and seventy seven cents I had managed to save from cutting the neighbor's grass, as well as all the cash my parents had in their wallets, another three hundred roughly, and hightailed it out of there in the middle of the night with just the clothes on my back. Originally from Arizona, I was thinking if I made it to Florida, I could find work and everything would be okay. I hitched rides from truck stops. So fucking dangerous now that I know better, but somehow, I made it as far as Alabama without incident. The truckers didn’t ask any questions and I didn’t stay with anyone for too long.

In Alabama, I decided I needed a shower and a bed. Outside of Birmingham, I found a no tell motel and forked over the twenty-three dollars plus tax for the night and bolted myself in the room. I remember the next things vividly. I had taken a semi-hot shower, got dressed again, and laid down on the questionable bed. Sometime later, I was woken up by several loud popping sounds in the room next door. Like a dumbass, I opened the door, and I peeked out into the grimy hallway. I saw two huge guys wearing leather leaving the room. They were covered in tattoos and the back of their jackets had a skull and knives on it.

“Gear, hold up. There’s a little boy watching us.” The bigger man stops and turns. He grins when he sees me.