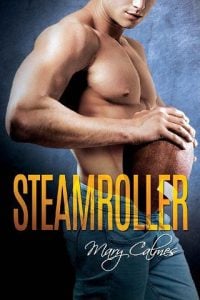 When I graduated from high school, my best friend, Matt Cooksey, and I moved to Lubbock, Texas, from just outside of Dallas, where we had grown up. We had both been accepted to Everson University—EU—in northwest Texas for the fall semester, me on a full academic scholarship and him half on student loans, the rest on his mom and dad. With what we had together, we could afford to live off campus, and the two-bedroom apartment we had rented and put down the deposit on was tiny, just 325 square feet, but it was livable.

It was only $450 a month plus utilities, which, split down the middle, would have let us both only have to get part-time jobs instead of full-time ones, so we could study more and still have time to do something other than work if we weren’t in class. It was a good plan, but Matt bailed on me right before school started because he met a girl and moved in with her instead. It was a crappy thing to do, but I actually understood. The man was in love—he was supposed to give that up for me?

So I had to get a real job instead of the cushy one I had lined up at the campus bookstore, because by that time, the dorms were full, so I had no choice but to pay for my apartment alone. Since I had worked all through high school at Ace Graphics and only resigned when I moved to go away to school, I called up my old manager and asked him if he could recommend me for a position at one of the five branches in Lubbock. As I hadn’t yet been gone six months, I was basically a rehire, and on his word, I was employed within two days. I promised I wouldn’t let him down, and he assured me it had never been a concern.

At the new store, they needed an assistant manager, since their last one had just been promoted to a store in Houston. I was received gratefully by the branch manager and with reservations by the staff. It made sense. At age eighteen—which I was when I started there—I was the youngest one there. Once they got used to me, though, and saw that I wasn’t a flake, they started counting on me to come through, and I was accepted into the fold.

It was my life. I went to school, came home, changed, and fed my cat, Boaz. Then I walked to work. There was no time for anything else, and when I had to cover more shifts than just my own, between work and classes I was a zombie.

By the Friday night before Christmas, I was dead on my feet. I had worked fourteen straight days because one of the project managers—a fancy title for shift leader—Elliot Hogan, had a baby. Technically his wife had the baby, but he needed to be there. And I got that, I did, but I was beat. Usually second-shift duties rotated between the three assistant managers, Rick Burns, Elliot, and me. But with Elliot out, Rick and I were the only ones trading off. Then they fired Alex Chesney because he was doing free work for people he liked, and Rick got stuck covering days until someone else got hired. So we were suddenly down two people, and our manager, who was splitting time between two other centers and us until they got a district manager hired—our cluster of stores was growing in sales like crazy—couldn’t help at all. She was sorry, so sorry; she would have filled in if she could, but she was working her ass off and had a family herself.

My options came down to quitting or sucking it up. Since I needed the money for basic things like eating and keeping a roof over my head, I sucked it up. The overtime was great bill-wise, rent-wise, but not health-wise. By the end of my regular work week when I normally got two days off, I was a card-carrying creature of the night. Now with no break from work at all, my weekends full of studying and homework and ten-hour workdays, I was starting to feel the wear and tear on my body.

The nice lady I was helping was smiling at me as she touched my forearm. Apparently I had nodded off.

I had a moment to wonder how she knew my name, but then it hit me that I’d actually found my name tag the night before and remembered to wear it. “Well, I appreciate you being so—”

“Dude.” A guy wearing an Everson University football T-shirt, huge with no neck, put a flash drive on the counter beside me. “I need all four of the slides in the folder marked copies printed out twenty-four by thirty-six and laminated and mounted. Need them by eight tomorrow morning.”